The pic is a bit out of focus. It is a large flower for the genus, 2". Does anyone recognize it? Possible guttulata? 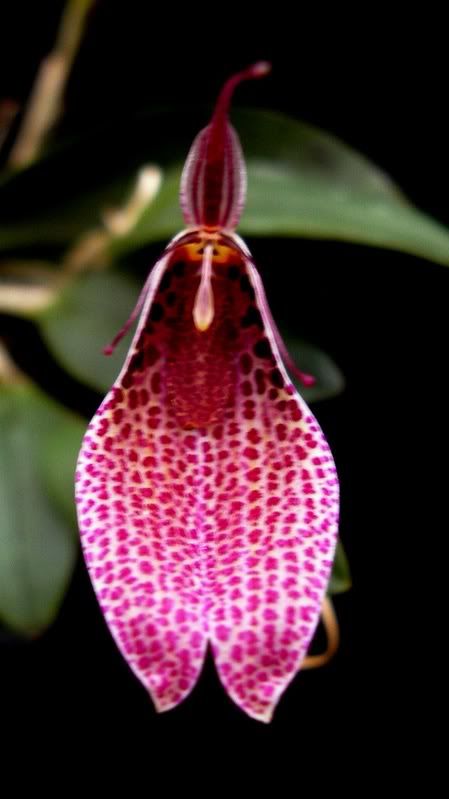 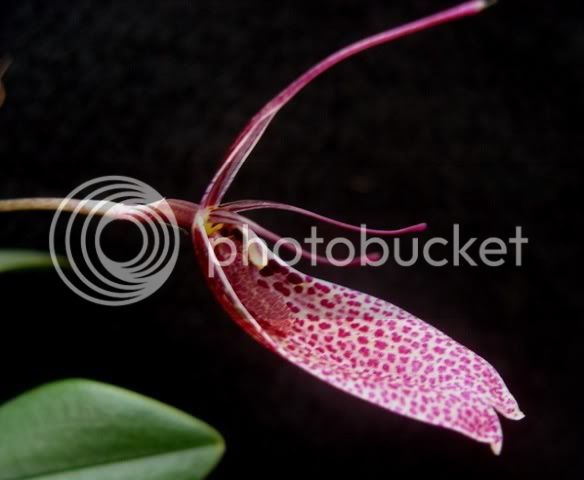 That would be my guess.
G

I'm pissed I didn't get one of the Parkside plants when they had those 8" square wood baskets of restripias!

Check with Leon G. at Hoosiers
He knows the Restrepia fairly well

Looks like you got it, the jive turkey! If it's not, it certainly looks like a hybrid of, that strongly favors sanguinea.
R

I just wonder if it is not guttulata. I believe this plants origin was Ecuador and I am not sure if sanguinea is found in Ecuador

Need to know some flower sizes.

I had a landsburgia (probably not spelled right) that looks allot like that, but its flower is much smaller than guttulata which also looks like that.

guttulata and cuprea are some of the biggest flowered of the genus. There is a lot of variation in the coloring of guttulata, but its a big flower compared to most other Restrepias.

Should have read closer! 2" is a pretty big flower for the genus, and given the variation in guttulata it could very well be that species Ron

Rick the synsepal is 1 5/8"(4.1 cm) long by 3/4" (1.9 cm) wide The dorsal is a 3/8" (3.5 cm) long. I have been in touch with Colin Howe in England, a Restrepia enthusiast. He thinks it is either guttulata or antennifera. He said that there is great variety in these species and the difference is in the labellum. I just sent him a better pic of the lip.