Some of my recent blooms...

I've been enjoying a number of blooms the last couple of months. Most of them are first time blooms on seedlings.

This first one, however, was bought in bloom at the local society's show. It was labelled as Paph. primulinum, but it had a very different form to the other primulinums they had for sale. This one had a much rounder dorsal and wider petals. I guess its probably Pinocchio or Avalon Mist... 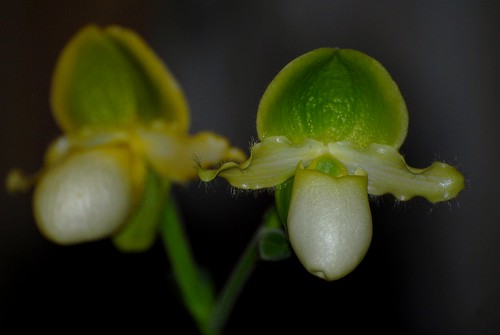 My Paph. Envy Green opened two consecutive flowers on a first time bloom plant. This photo shows it as it was opening. It did get quite a bit flatter than this. 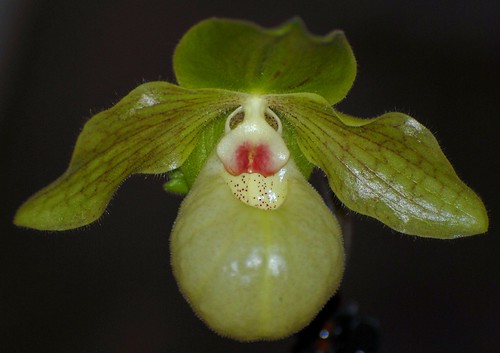 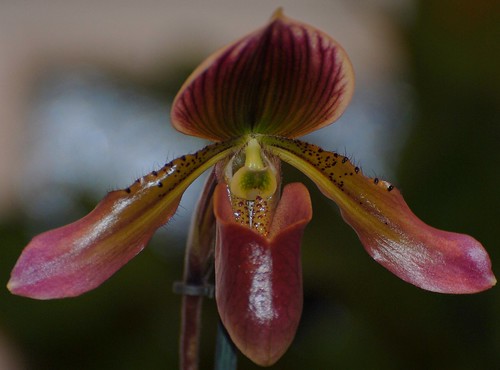 Paph. Hsinying Alien, first of two flowers. The second flower - still open now, is quite a lot paler than the first one. 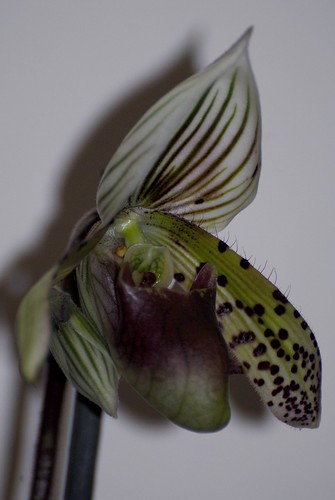 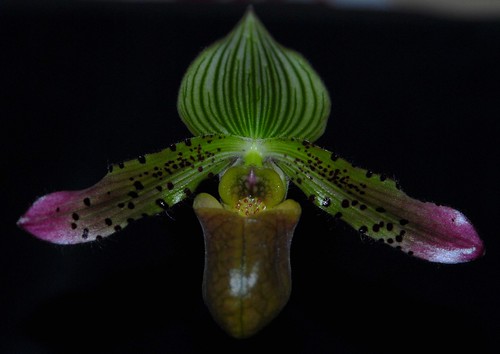 Opening shortly will be Shun-Fa Golden and jackii, followed by a few more that have just starting to spike.

Tomorrow, its off Ratcliffe's Open Day to pick up a few more new additions. :rollhappy: Yippee!!

Fantastic flowers! I have only one issue, the Maud Read, what is the parents? If appletonianum is in it's history then OK. This flower shows strong influence of appletonianum. I thought Maud Read was straight Maudiae breeding w/o minor species input. I could be wrong

Thanks for the comment about Maud Read. Paph. appletonianum isn't in the makeup. Maud Read is: 50% callosum, 37.5% lawrenceanum, 12.5% mastersianum.

It could very well be that the plant is wrongly labelled, as I purchased it mail order from Europe. (My surname is Read, so I wanted to have one, even though I don't have any relatives named Maud!)

I guess opinions on what it could be, then, would be welcom!
B

Those flowers are wonderful!!! WEll done...

They are all very nice particularly the Venus legend.

I agree with Rick on the Maud Read. It is hard to believe a hybrid containing 50% callosum, 37.5% lawrenceanum, 12.5% mastersianum would turn out like that. Seems to have an appletonianum influence as Rick states.

Ratcliffe's Open House!?!? Say 'Hi!' to the Phillips for us and let me know if they have any EYOF phrags on sale please.

Very true. I can see appletonianum in the shape of petals. But the only appletonianum hybrid I'm familiar with is Apple-Master... so I'm at a loss as to what it might be.

I found a later photo of the Envy Green. This one was taken nearly a month later... 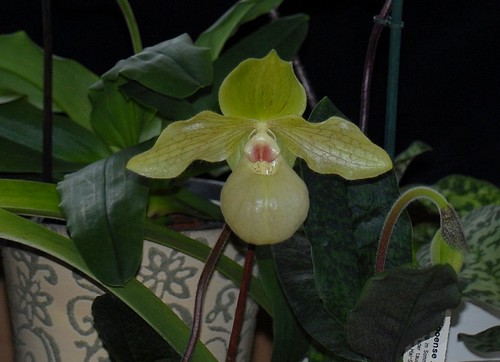 ^ ^
Very nice! I've always wanted to add an Envy Green to my collection.

All are nice, but I especially like the first one. It could be Avalon Mist, but the photos I've seen of that don't have a white pouch.

I had heard that Avalon Mist can be distinguished from primulinum by the whitish pouch......otherwise, they are very similar....Eric

great picts., I esp. like this last one!!! Jean

Jean, I loved my Envy Green as well. Until, that is, I went to the BOC show in Devon and saw these.... 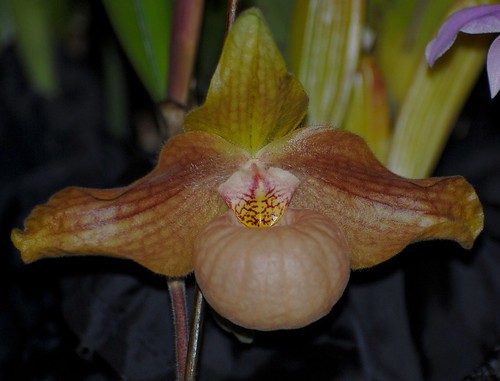 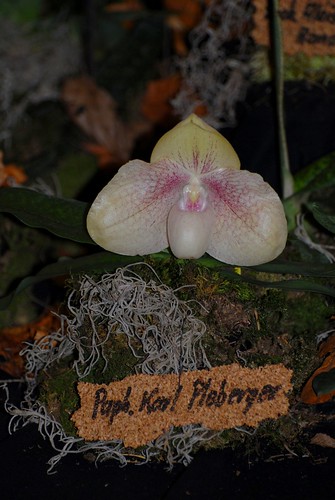 Now I just have Paph Envy and I can't wait until my Shun-Fa Golden opens! I need more hangianum hybrids! (Getting Wössner China Moon today and need to see what others I can find. Would like to add Wössner Favourite, Choi-Yi Yuki, and Palace Harmonie perhaps.)

IMO our problem is, that a lot of those primaries : Envy = malipo x primul., Ploberger = bellat. x hangianum, as well as the complexer ones: Handlbauer = xFanaticum (= malipo x micr.) x hangianum, are so pretty, and sometime carry lots of the highlights of their parents, meaning that they are wonderful blooms, and our budgets and space do not allow for all of them !!! Jean
E

Envy Green looks fantastic and I really like primulinum (or whatever else it might be). That pearly pouch is very nice!

Speaking of envy green, Ratcliffe open house, wish I was there :sob:

Couldn't agree more!! But what a problem to have! :wink: They are all very exciting flowers, just irrestistable!

I said hello from all you... The Phillips said to wish everyone the very best for 2009!