I purchased this plant from Sam Tsui at The Orchid Inn, in May of 2020. It was a decent sized, one growth seedling with one leaf measuring 11-12 inches.

I put her directly into this large net pot with styrofoam peanuts at the bottom and a mix of grodan cubes/#4 perlite/charcoal. Heavily top dressed in oysters shells. The moss has established all around the pot, it looks like a giant moss ball.

I water with RO daily first with a low dose of balanced fertilizer in a hand pump. 25-50ppm rotating among a few different brands. Later in the day I come back around with a hose and drench the pot. I add oyster shells every 1-2 months and extra (most of my ferts have some) cal/mag quarterly.

I went back to look at my records and I have been trying to grow and bloom this species since 2008. It’s been one of my main motivators all these years. I’ve killed a few and even bloomed out an incorrectly labeled kovachii, but was never able to get them big enough. I think a lot has to do with time, age of the plant. Seems the others I know who have bloomed them from the early generation of seedlings were waiting 10 years. I also believe that this seedling is a few more generations removed from those original jungle collected plants.

We shall see. I’m sitting on 3 more earlier generation kovachii seedlings and I have recently moved them all over to the exact same culture.

I really still can’t believe this mythical beast is in front of me. I think it’s the first time I’ve ever seen the flower in person after all these years.

The spread on the first day of opening is 12cm across. And the vertical width of the petal is 6.5cm. I’ll try and get a few pics later this week under natural sunlight. 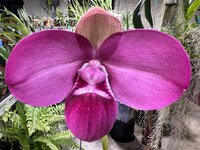 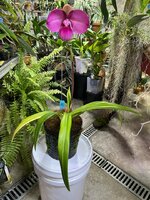 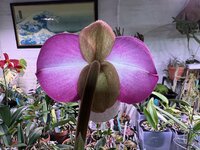 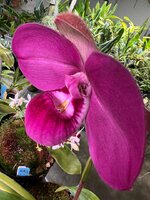 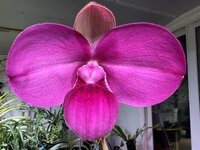 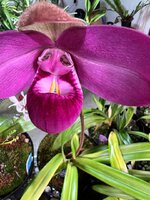 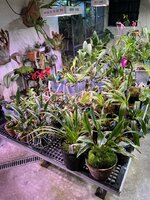 Very nice…and congratulations on blooming one.

When I am in awe…in awe of gods creatures, my comment is, and all that know me will attest,
“Look what a creature”!!!
This species is one of the pinnacle’s of success in our world of “Orchidaceae”!
I am right behind you, just don’t know when.
Good job! Duck

Well done!! Congrats. Love this one

That is great, and thank you for the clear explanation of your conditions.
L

Will the pollen be used for hybridizing?
N

Nice. You have joined an exclusive club. The bloom is amazing when you see it the first time, right?

Linus_Cello said:
Will the pollen be used for hybridizing?
Click to expand...

I should probably get on the horn with Bill. I guess I could do it myself but I imagine he’s got a lot of good stuff in bloom.

NYEric said:
Nice. You have joined an exclusive club. The bloom is amazing when you see it the first time, right?
Click to expand...

Very right. The presence is just as addicting as all the articles and pictures I’ve followed since chasing this flower.

Natural sunlight pics, this is pretty close to the true color. 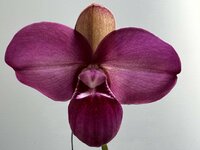 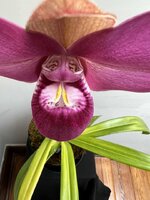 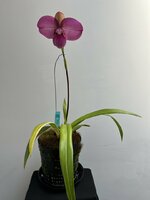 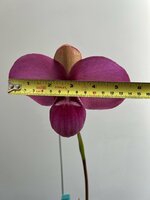 Nice one. They are not always so nice. Luck of the draw I guess.

What a beautiful setup you have for your orchids!

Love it, and love seeing your growing space.
S

Nice job, Looks great!! Thanks for the insights into your culture techniques. I've been thinking Cal/Mg would be a good addition. I have two plants from that same cross that I got in 2019. They were NBS when I got them and I still haven't bloomed them. I'm getting better with kovachii now though.

Your grow space looks great, too!