... and the clonal name might be 'mountain orchids', I'll have to ask at the next orchid club meeting. I got this plant a few years ago at one of our orchid club auctions, I think the silent auction, so it was fitting that it was in flower for our silent auction a few days ago! when the plant was on the auction table it had a culture note with it that stated that this species liked to be moist and bright, maybe cool. so, I mounted it on a block of Oasis (floral foam) with some stiff scrubbing pad in between as an experiment. it was larger but the moss I had in between got old and caused some rot; I'll have to sort of remount it and clean it up a bit. I often have the block sitting in some water and all sitting in my south kitchen window on a shelf where it is quite cool and bright in winter (when the sun actually comes out) and sunny and warmer in summer.

I think a few weeks ago someone was asking here on the forum how to get this species to flower? I also think someone said that they had quite a large one, but it hadn't flowered yet. well, I may have stumbled onto an answer possibly (I do lots of stumbling ). when I went on my last trip; I moved most of my plants to my plant carts and the tub with phrags went onto a bottom shelf that doesn't have any light fixtures yet (and very minimal light coming in from the window way above); the tub holds water so I set the block in the water. when I got home and was looking at different things I saw a small, red knob in the leaves, and the bud opened a few days ago. the bud emerged between two leaves so it was pinched and twisted, so I had to take at least one picture sort of upside-down to try and get the flower oriented in the right direction. it's quite small, and with pinching it's hard to tell if it is right-side up in any of the pictures . so, the plant was still in a moist spot, but in a very shady and cool spot. previously it had been in the window where it had decent light but cool 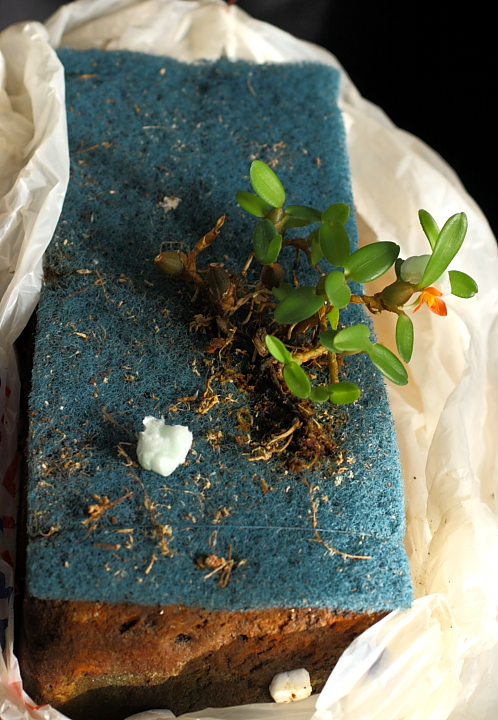 whole plant mounted on floral foam; block looks gritty because it's been sitting in water very often. plastic bag to keep everything else from getting wet and slimey 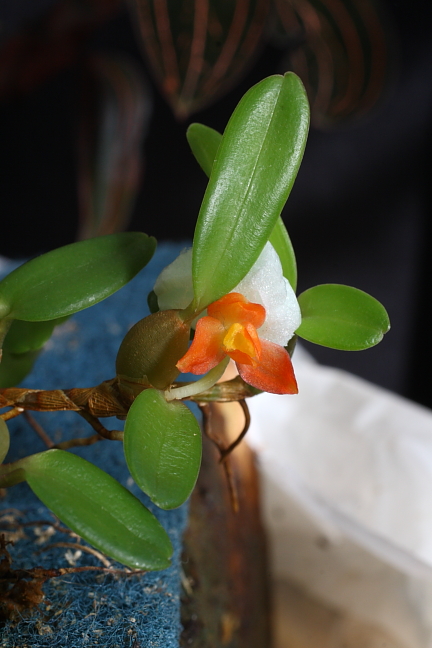 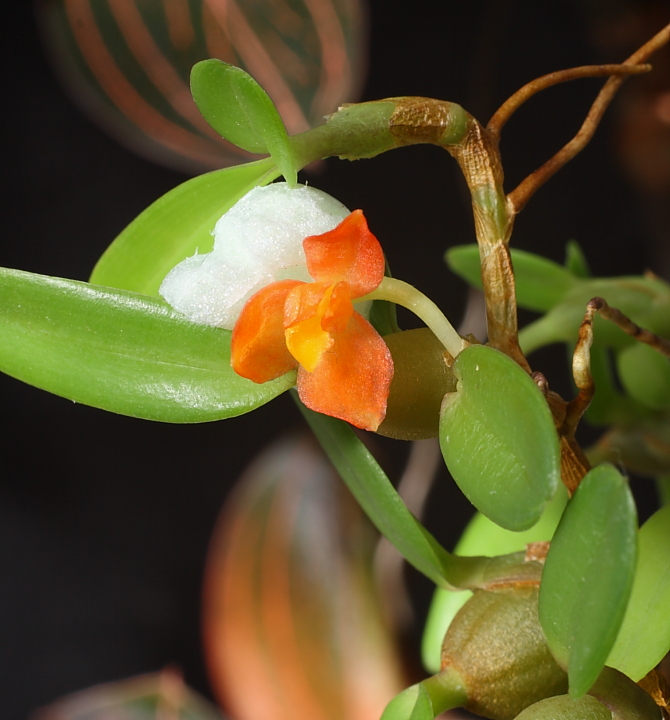 picture tilted to try and get properly oriented flower

I can't remember if anyone else from our club has had this on the show table yet; I would really like to see one of these large, with lots of red flowers on it! the flower isn't really large, only maybe a half-inch across (or tall depending on how you are looking at it) but really does have the color of a sophronitis cernua. kind of cool to think that I actually have a maxillaria that I've flowered! looking at the pictures and the flower again, I would say that the flower is actually a deeper orange/red than shown in the pictures
N

So nice and compact!!!