Sorry, this might be rather disappointing as these are not pictures showing super long stolons.

I was very excited to see them poking above the potting mix, and they all came up basically the same time as if they have been communicating to one another! How funny!

The first one was bought as three growth clump from Marlows over two years ago. One growth quickly died off, the rest slowly went downhill.
It turns out those little bushsnails were eating the roots away.
I hate those little buggers!!!!!!
I cleaned off the roots, well, one very long but actively growing root, and potted up in fresh mix.
It has been slowly growing and not growing, although it is now growing again along with a stolon! 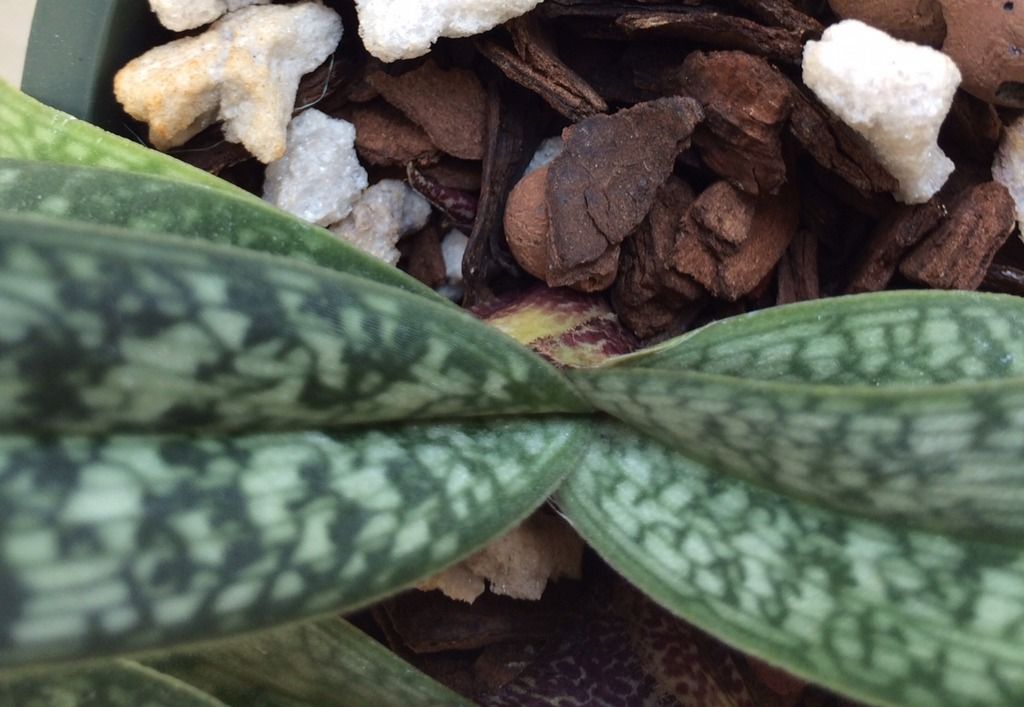 This second one seems to be in low sheath. Time will tell.
My happiest Fumi's Delight thus far. Also from Marlow's.
I bought about one year ago as a little plant, and now it has grown beautifully! I repotted earlier this year. 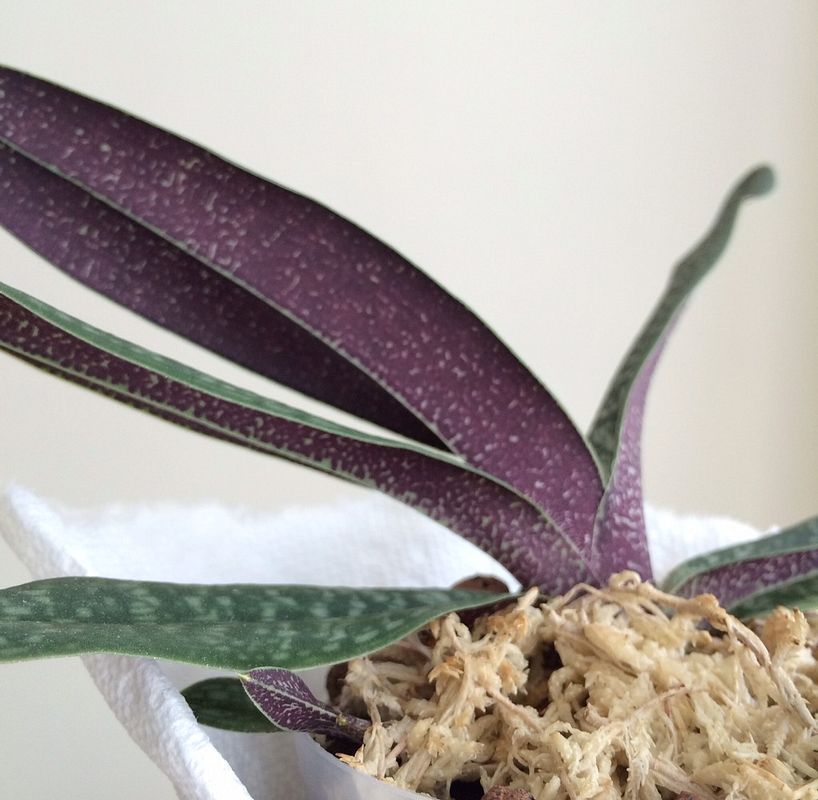 Armeniacum from Peter Lin of Big Leaf! Everything from him has been amazing! I love you! Thank You!

I was looking at the side of the pot, and I was like "is that a warm?, No, that is a stolon going the wrong way. Let's get him!" :rollhappy: the stolong was growing straight out horizontally until it reached the wall of the pot, then it started going downward.
I "corrected" its way up using a toothpick. Good thing I caught this early on. 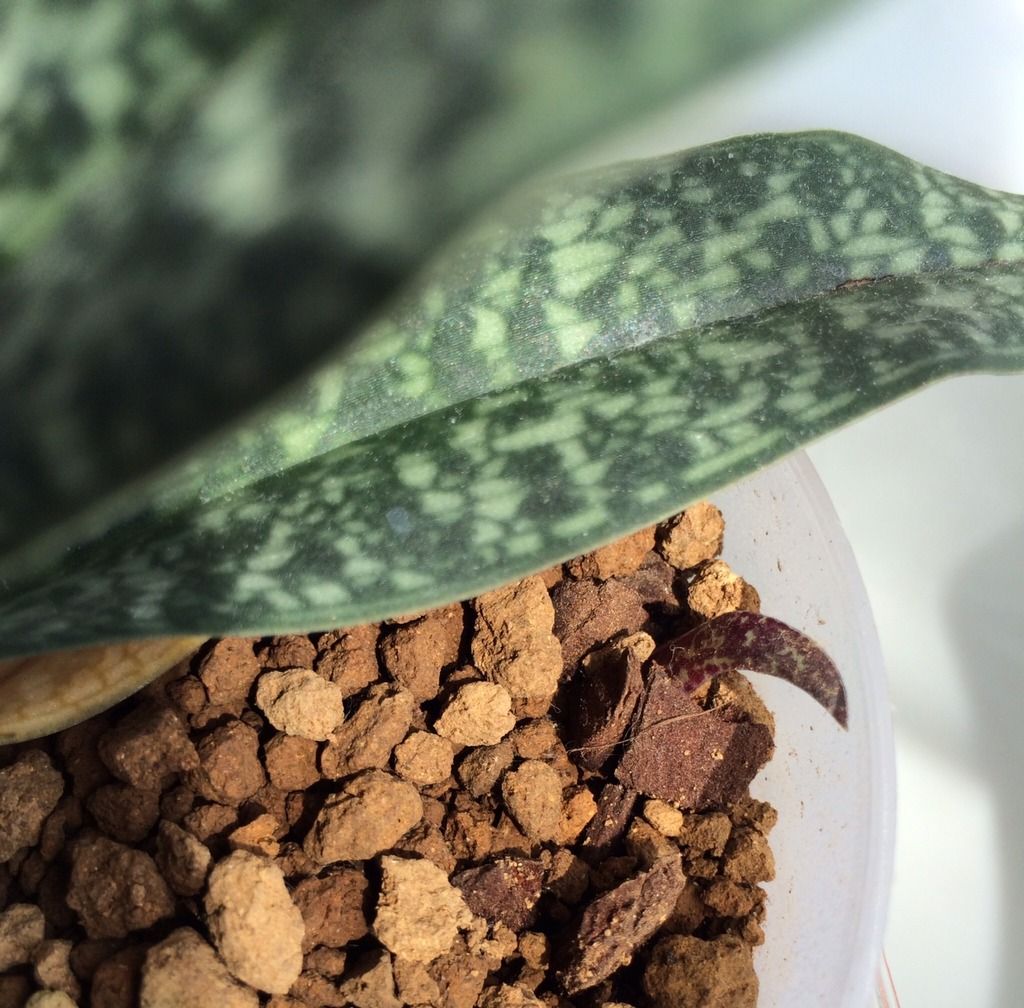 My biggest Norito Hasegawa (armeniacum x malipoense).
It flowered this past winter. Totally growth of 4, two of which are of stolon origin actually, but now it has a toal of 5, if I were to count this brand new stolon. I really like this one because it found its way up on its own rather than me searching around looking for them. 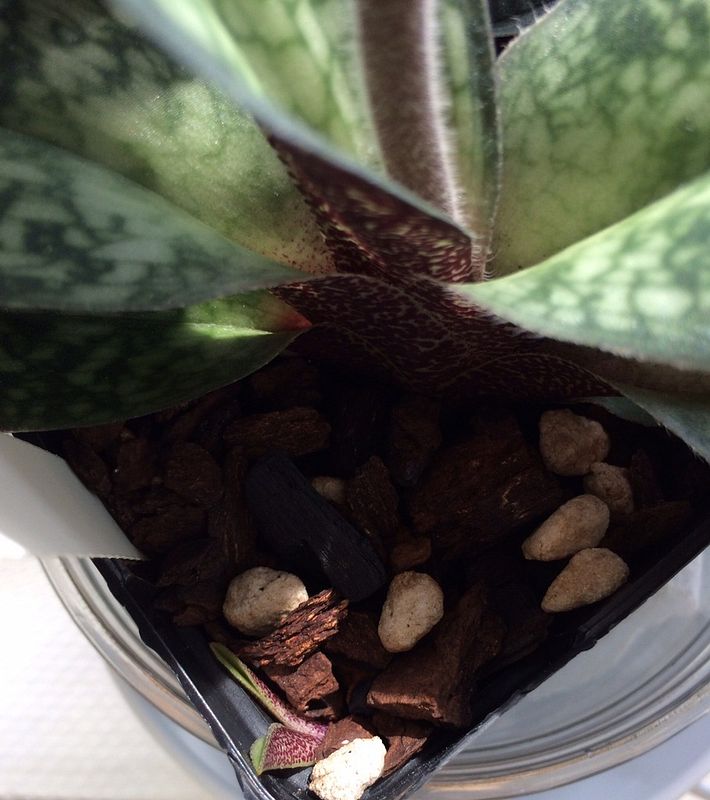 I am planning on moving these stolong growers to bulb pans next time I repot them.
I don't do basket thing. water dripping all over, not for me. lol

nice! i have been wondering how my magic lantern will put out new growths, and what they will look like.

First let me say nice growing. Next, I'd like to tell you what was observed on a micranthum not to long ago. I took a single growth seedling from a 2 inch pot and was putting it into a much larger, and shallower pot. The plant looked as if it had two new growth starting right next to the older growth. When I repotted it, I let the larger start be above the bark, and put the other growth under the bark as it was very small. To my surprise a month or two later, there as that one larger start and it looked as if the smaller one never made it. I carefully dug around and found at least a two inch stolon growing. I didn't attempt to find the end but just left it alone. So, is it fact or fiction that a new growth if buried can turn into a stolon? Any takers?

Interesting and look forward to seeing the results !

Location
Base of the Thumb, Michigan

CambriaWhat said:
nice! i have been wondering how my magic lantern will put out new growths, and what they will look like.
Click to expand...

Well, I have only two mature sized Magic Lantern, one of which is a single growth and yet to flower, but it is in low sheath I believe.

The other one which flowered last year, sprouted three new growths all right next to the mother plant. Only two developed normally and they are about to make some flowers it looks like.

With half of it being micranthum, stolon is a possibility, but my very limited experience so far is no.
I have many more seedlings, so I will find out more and more about their growth habits.

Bob- That is interesting, but I do not have anything to compare.
My only micranthum has two growth right next to each other.
I think it is very much possible that a new growth, especially at early stage before making leaves and such, when buried, may turn into sort of stolon like growth looking for place to grow? Or at least make some stolons along its now buried base. This latter case, I have observed in other paphs like maudiae type hybrids.

Early or late Spike on Armeniacum