I am relatively new to growing paphs (about a year and a half) and have had my first plant that dropped a bloom and appears to have left a developing seed pod? Does this appear to be correct from the attached pic? How long does it take to mature? If this is a seed pod it would have to be a self because it is the only blooming plant I have at the moment (maude type hybrid). Thanks - mike 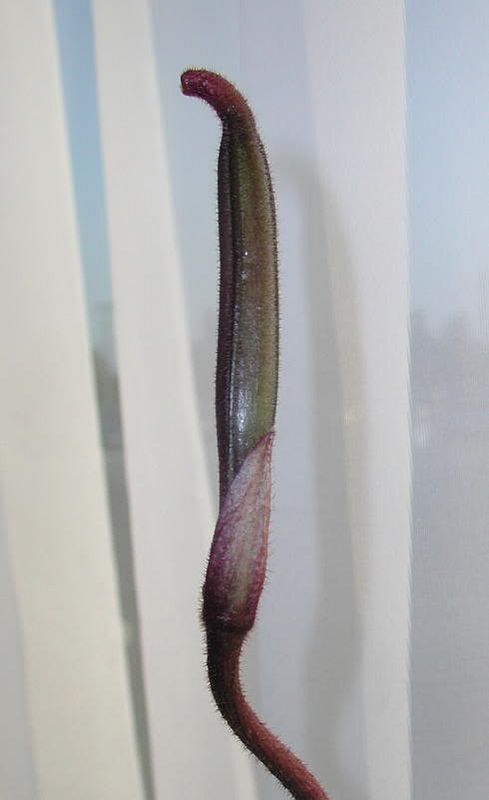 First of all, welcome to the forum

When pollinated, Paph pods do not generally swell as dramatically as some other genera; they do swell, but slowly. It's possible that yours was pollinated... either by an unsuspecting insect, or well... who knows how else Anyway, keep an eye on it. If it's not pollinated, it will probably not last much more than a couple of weeks. It does appear that there is some swelling at the proximal end of your ovary, but it's very hard to say without previous experience with the plant.

If it has been pollinated, it will continue to swell for a couple of months at least. How long it takes to mature depends on the species/hybrid... some take only a few months, some take up to a year. Whatever the case may be, keep an eye on it! You'll have plenty of time to learn more about orchid propagation before it's ready

Hi Mike, welcome to the forum, how long ago did the flower drop off?

Welcome to the forum, Mike.
M

Okay its now been about two and a half weeks since the flower dropped and the pod looks essentially still like the photo - kind of a reddish green. mike

Crown on Spike on Phal