This is for Eric. Today I went out with a few local orchid fanatics looking for native terrestrial orchids. There were quite a few Sun Orchids (Thelymitra) in flower. These are so hard to identify to the species level and there was much debate about what each one of these was. So with absolutely no confidence, here are four species of Sun Orchids we saw today.. 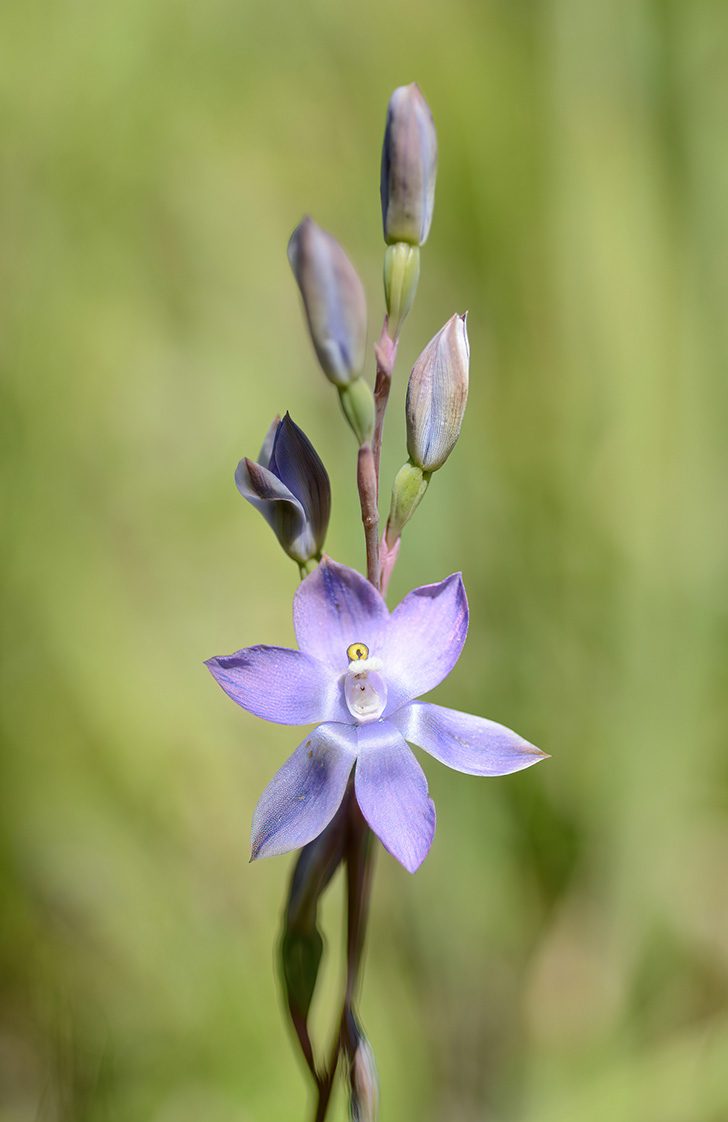 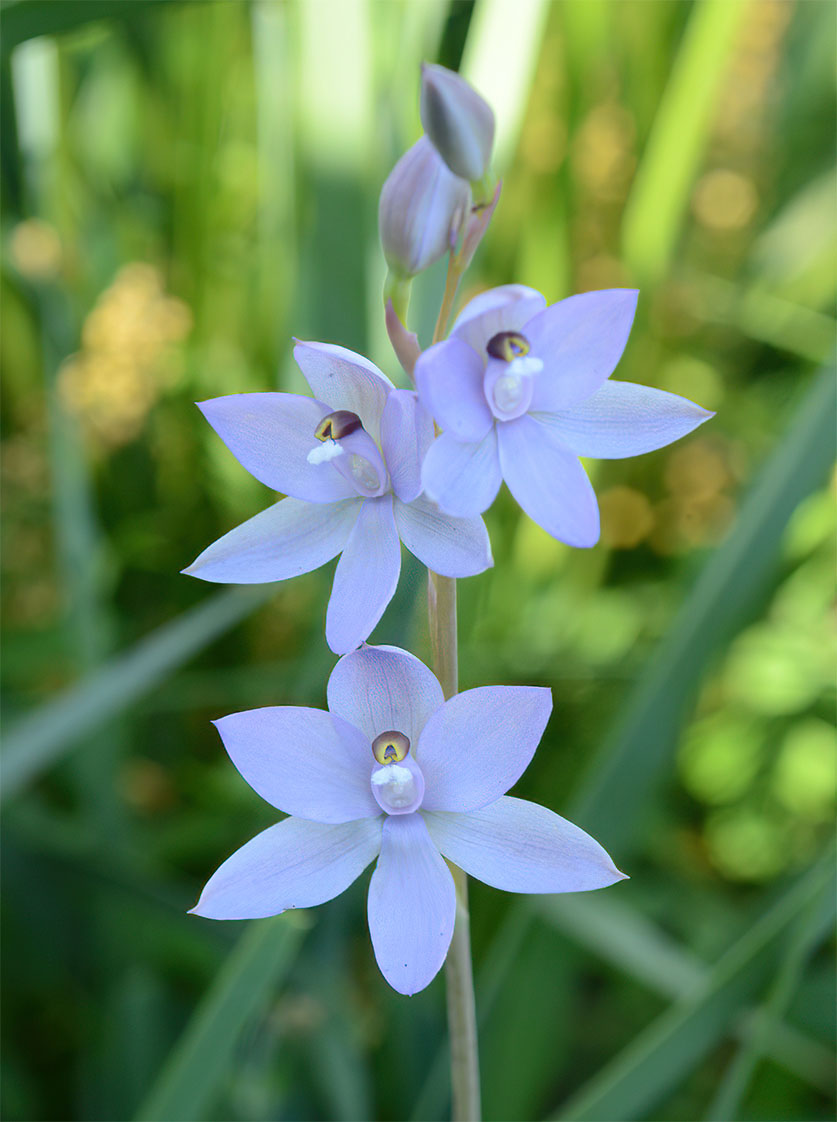 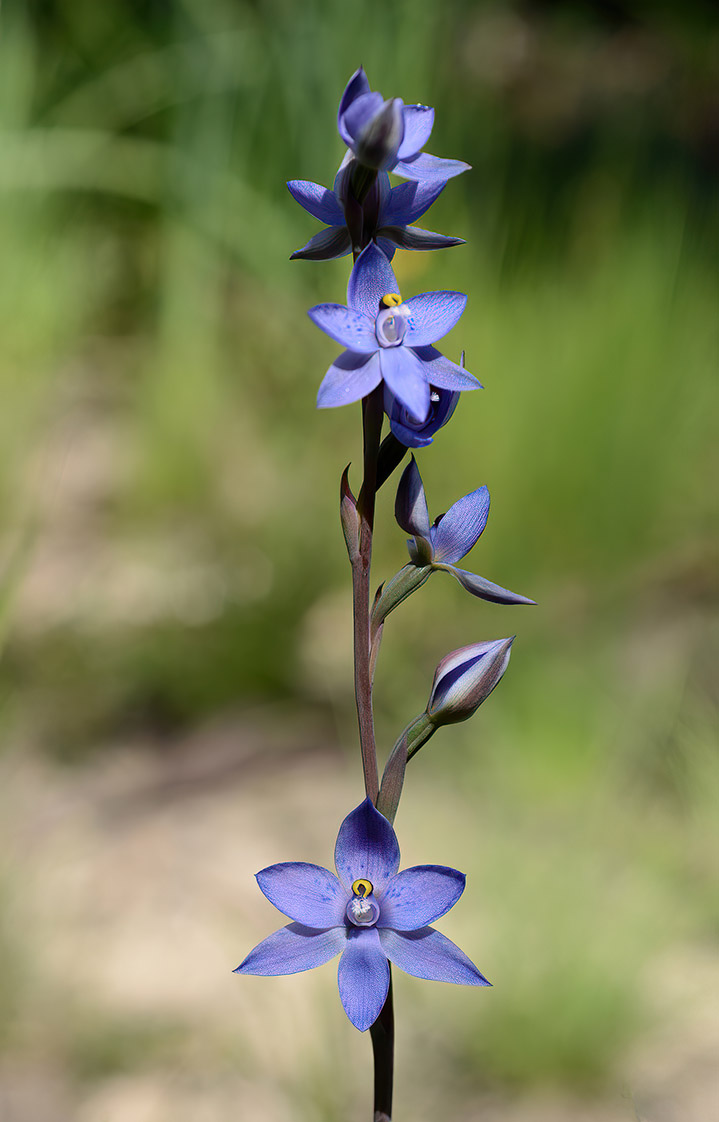 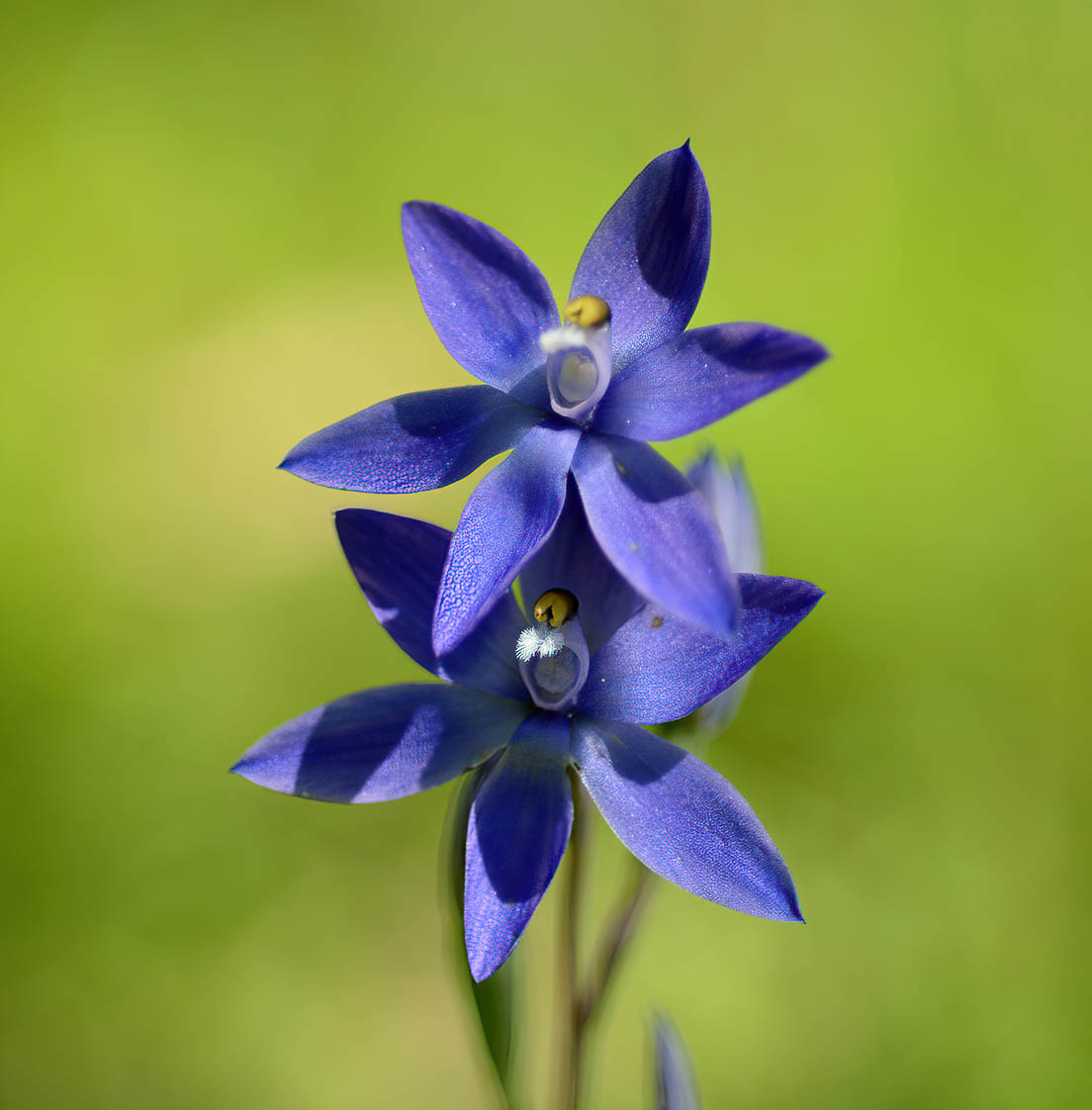 Thanks for sharing.... these are the rare true blues of the orchid world.

No more room...inadequate environment...but wow, those Thelymitra! Thank you for the education, this is eye-opening!

Beautiful thankyou for sharing, I'm learning so much . Glad i joined this Forum.

Somebody had got to be growing these. My god, such beauty.

BrucherT said:
Somebody had got to be growing these.
Click to expand...

David, do I err in assuming, that the adorable beauties are grown by Mother Nature herself, in all her splendour?

Guldal said:
David, do I err in assuming, that the adorable beauties are grown by Mother Nature herself, in all her splendour?
Click to expand...

Yes Jens, these were all in flower in one location in the Namadgi National Park in the ACT. This area had been severely burnt by the bushfires earlier this year. Most of these orchids would have been dormant under the ground when the fires hit. I am part of a group who are doing surveys on orchids in these burnt areas to see how the orchids have recovered. The orchids and other plants are doing incredibly well and are flowering profusely. This would be in part due to the incredible rain we have been receiving over the last few months, after years of drought. On top of this, the increased light due to the lack of a canopy would increase flowering. Here is a photo of the forest about 9 months after the fires. 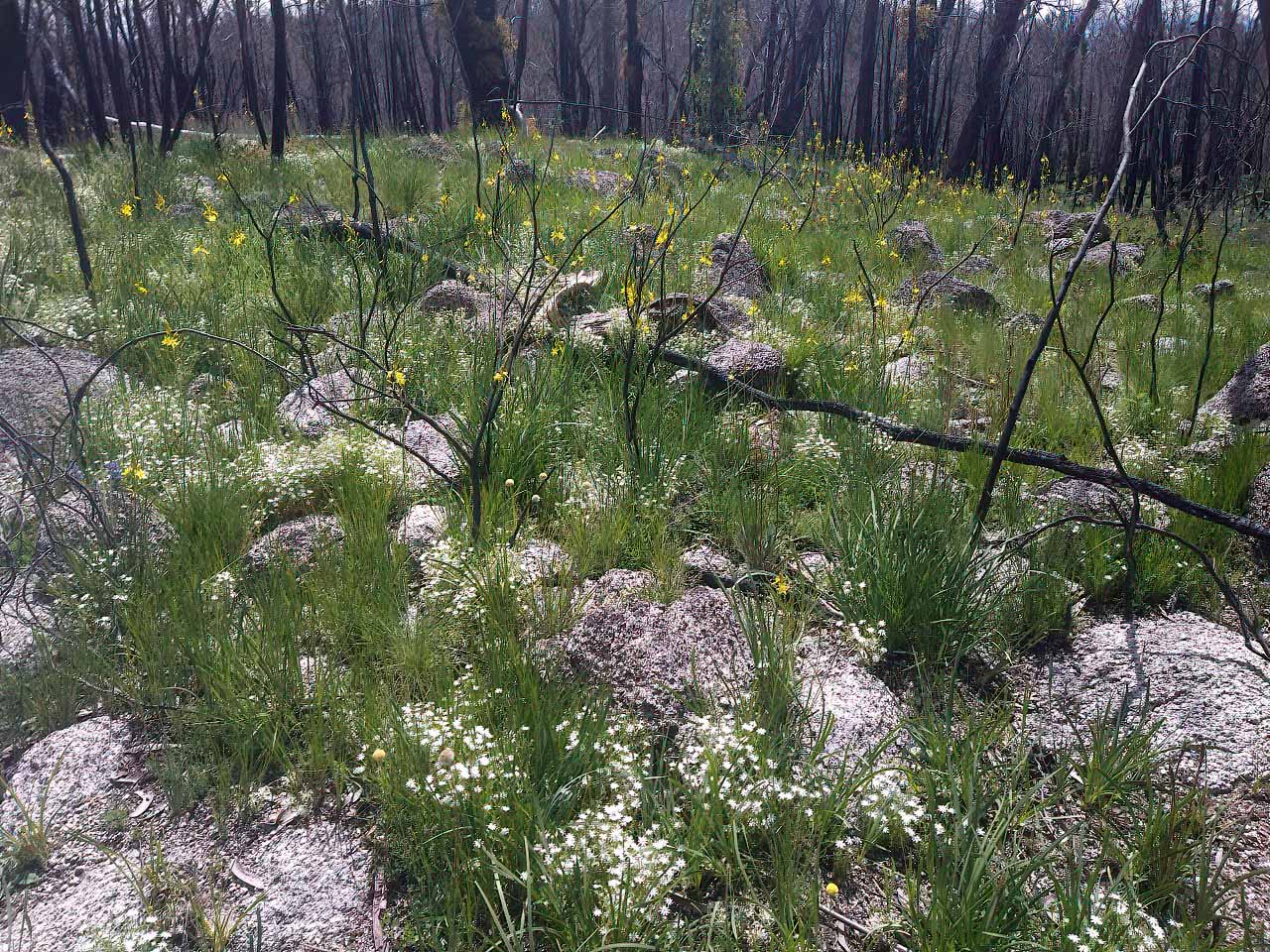 BrucherT said:
Somebody had got to be growing these. My god, such beauty.
Click to expand...

You can grow them and I have one hybrid Thelymitra that I flowered this year. The problem with this genus is that the flowers only open for a couple of hours on a sunny day. Yesterday we saw then in full flower around 10 AM. By 2 PM they were all closing up, even though there was still 6 hours of light left in the day. Imagine growing them. If you work during the day, you would only be able to see them on weekends when the sun is out. You can never show them at orchid shows. Having said that, I just got a tuber list that had several Sun Orchids, so I might give a couple of the species a try.

David, these Thelymitras and your photos are absolutely stunning. Seeing the habitat is very informative too. Thanks a lot.

That is like a unknown universe to me. Thanks a lot for showing these beauties!

YAAAAAAAAAAAAAYYYYY!! Thanks for sharing. One day...

Wow~ those are some very unusual looking plants!!

Ozpaph said:
Really superb photos, David.
In my ignorance i did know these grew in the ACT..........
Click to expand...

At least 13 species of Thelymitra grow in the ACT. There are no epiphytic growing in the ACT as the winters are too cold. But there are plenty of terrestrials.

No speciosum in ACT???

Ozpaph said:
No speciosum in ACT???
Click to expand...

No. You do see it in the mountains near the coast, which is an hour or so away. But not in the ACT. Just too cold in winter.

I think I saw my new favourite Australian native orchid today: the Large Flying Duck Orchid (Caleana major). It is truly wonderful. I had never seen it before. It is located just across the border in NSW, about 45 minutes from my place. This species does not exist in the ACT itself. The population I saw today is the most westerly of its distribution. It is mostly found closer to the coast. It is quite an important population from that perspective. The land where it is found is currently zoned for housing development. As it is the only population in the area it is hoped the population will be saved.

I am told this is the best the population has ever flowered. There has been a lot of rain and the orchids have responded. I am sure someone will ask me, but this is not a species that is grown in cultivation. It is very difficult to maintain and I have never seen it for sale. 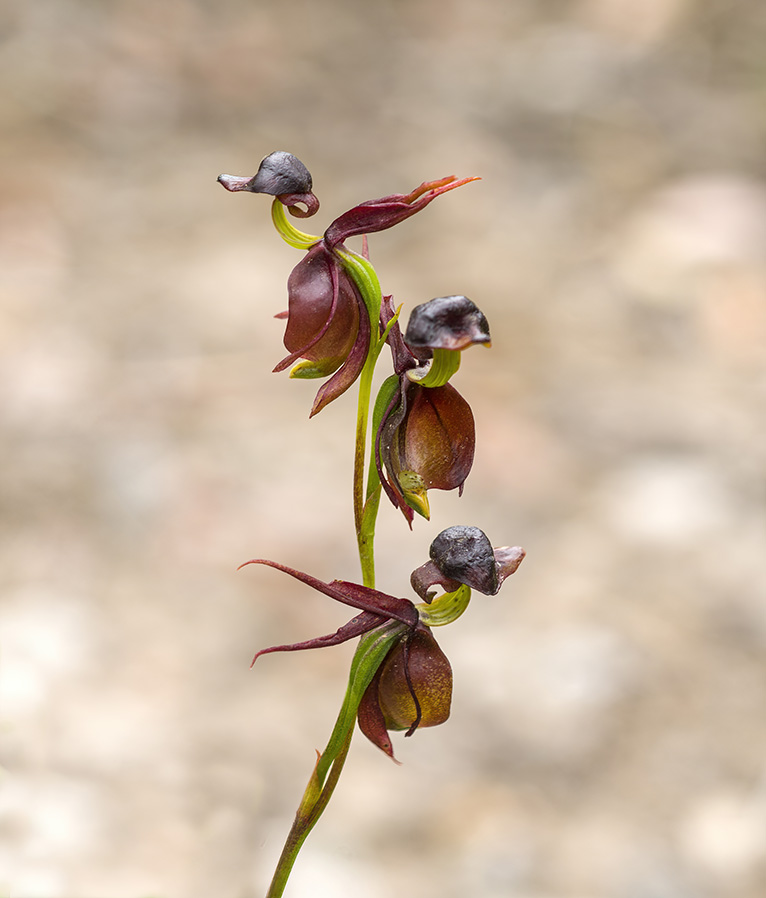 The bottom flower has been pollinated. 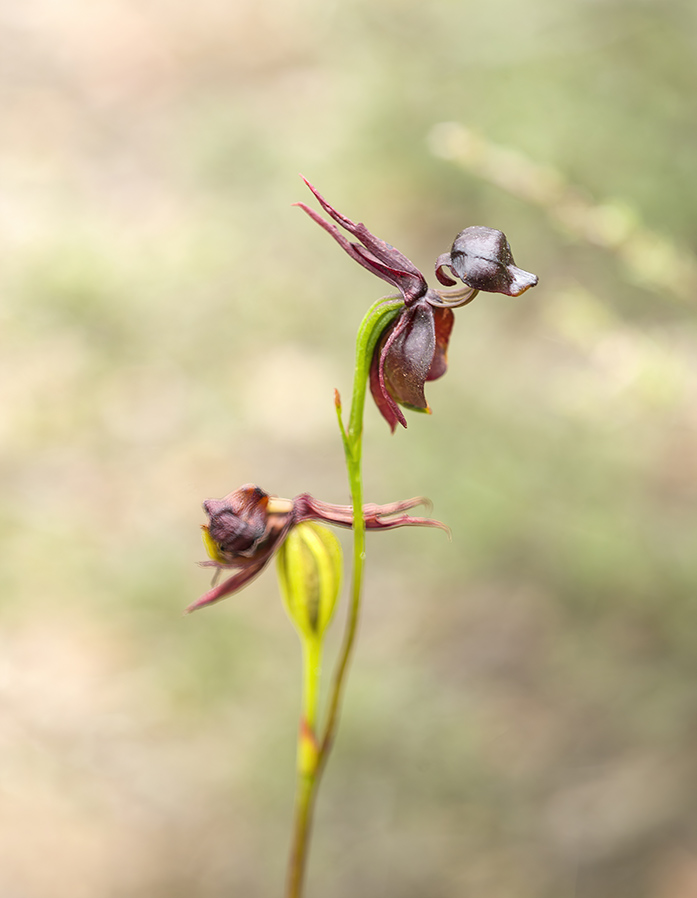 You can see it here in its natural habitat. 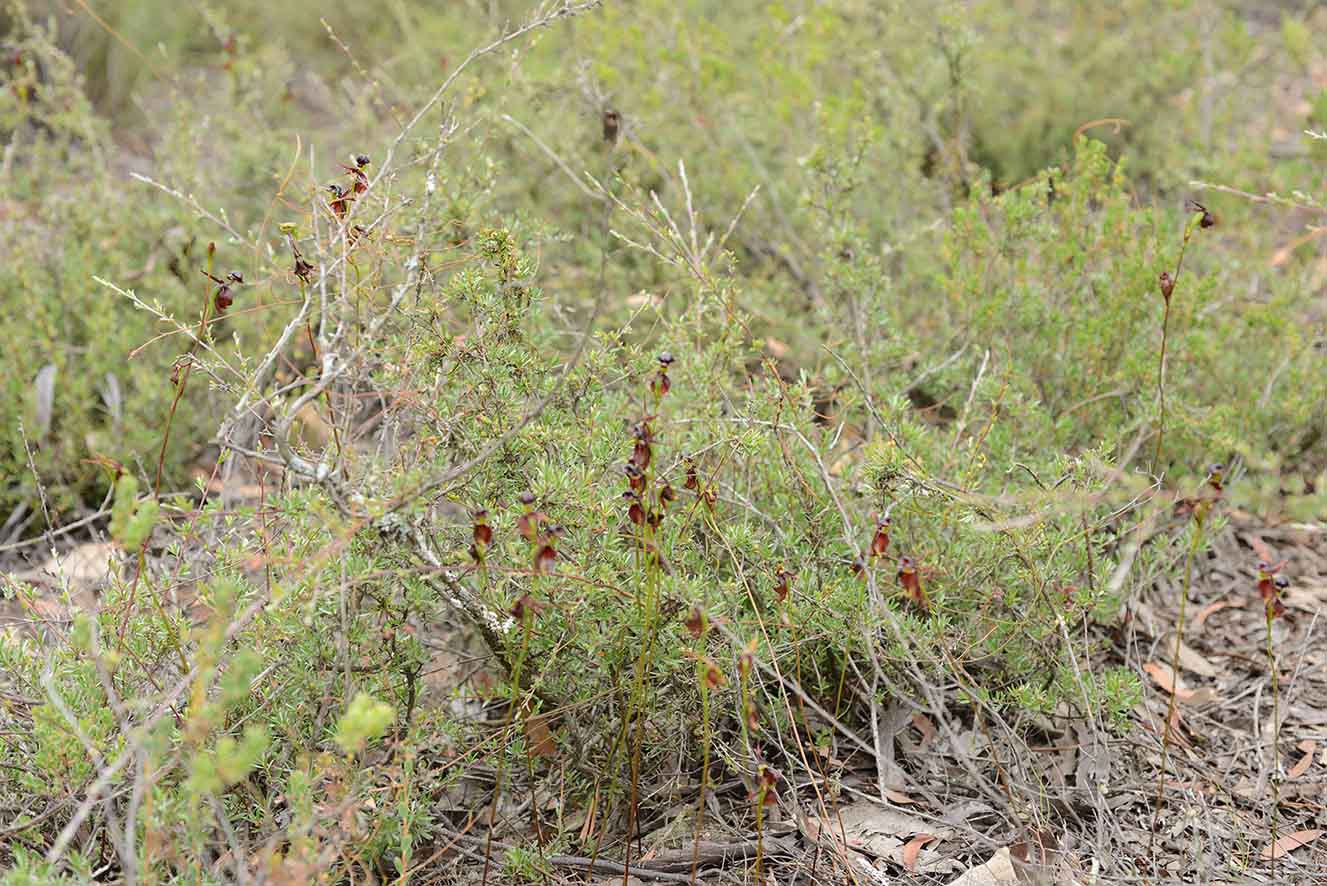 There are about 14 species of Flying Duck Orchids, with most of them found in Western Australia. There are only two species in eastern Australia (where I am from) and believe it or not the other species was also in flower on the same hill about a kilometre away. This is the Small Flying Duck Orchid (Caleana minor). Not as showy and smaller in size. It is more common and widespread and can be found in the ACT as well. 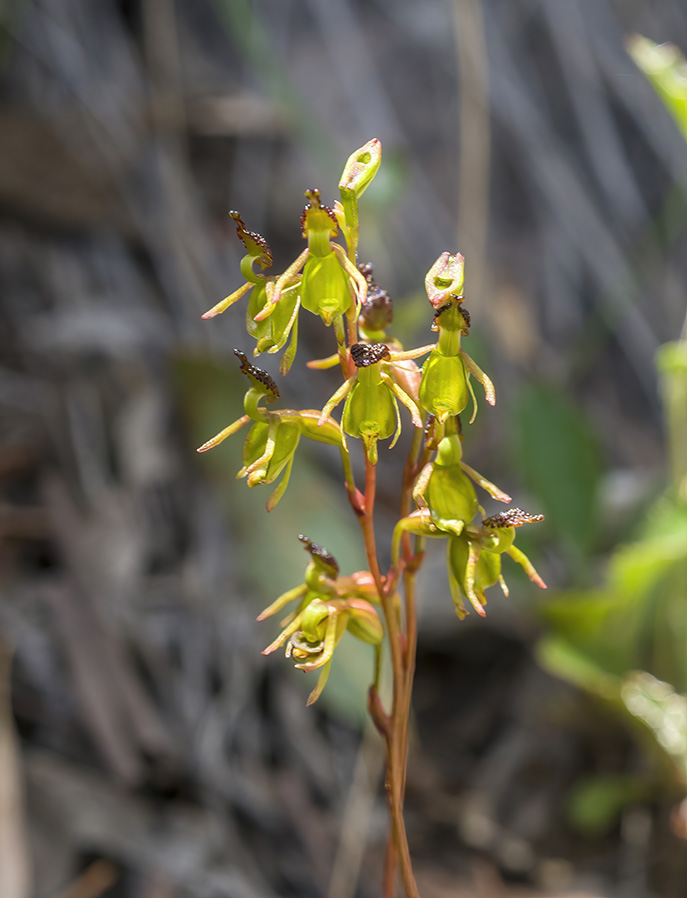 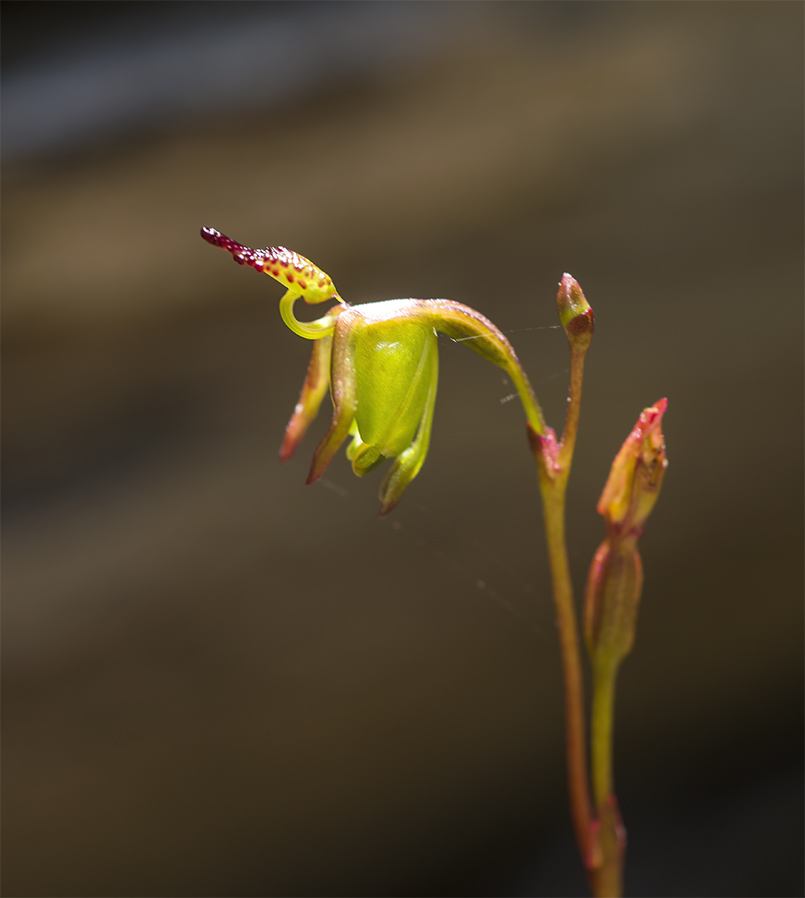 Wonderful and you can see clearly in your photos why it carries its common name.