This Florida native is a very interesting species for biologists. I still need to learn more about it before I can make a blog post (time is a bit tight). But here is a quick post of photos.

The red elongated flowers are the typical of humming bird pollination syndrome. However, there is a report that the plants from S. Florida are asexually reproducing (i.e., seeds are genetically identical to the parent, and no pollination is required). This is the first bloom for me, so I'm not sure if it will set seeds. Asexually reproducing plants generally have very small flowers, but the transition of the mating system is probably too recent, so they still have still big showy flowers. Indeed, plants from Guyana seems to be outcrossers.

It's a bit technical, and most people don't care, but more specifically, it uses something called Adventive embryony. They go through meiosis and create haploid egg cells (gametophytes in the ovule). But this isn't used, and the baby plant/embryo is derived from the surrounding maternal diploid tissue, which would become the seed coat in normal plants.

It is rather a big plant (it is in a gallon pot). But I'm pretty fascinated by its biology (well, my research is about evolution of plant mating systems). The fat finger-like roots are impressive, too. I got this plant last spring from Lee's Botanical Gardens. 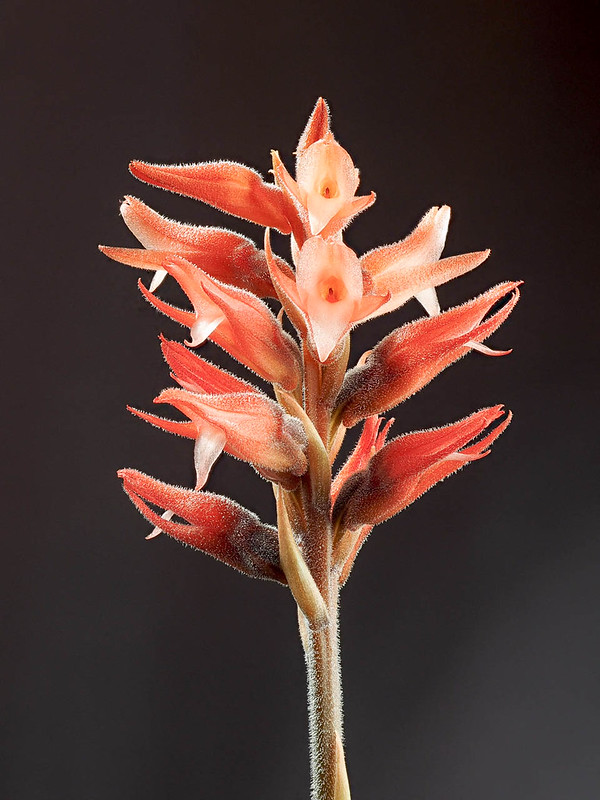 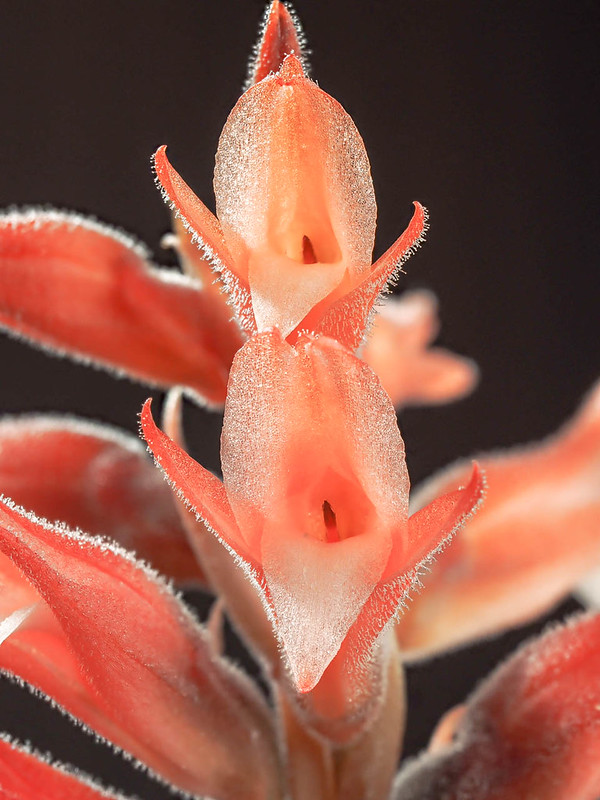 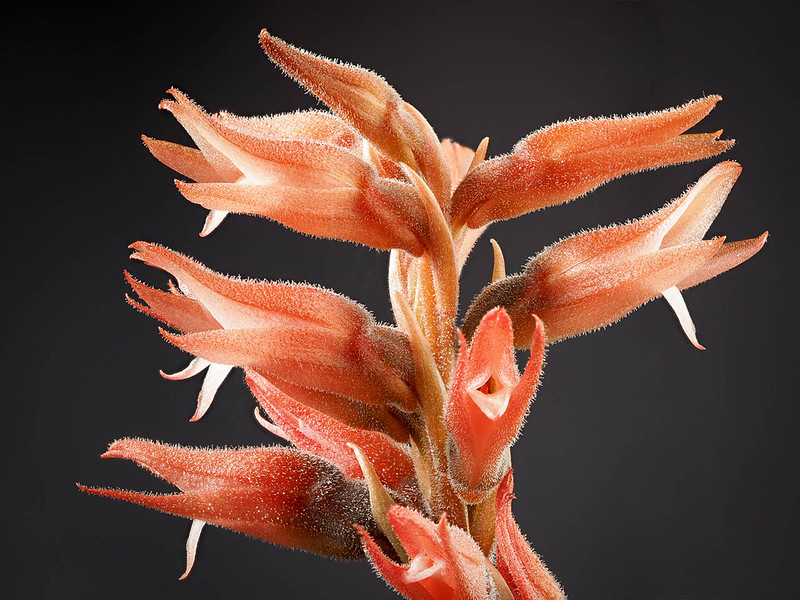 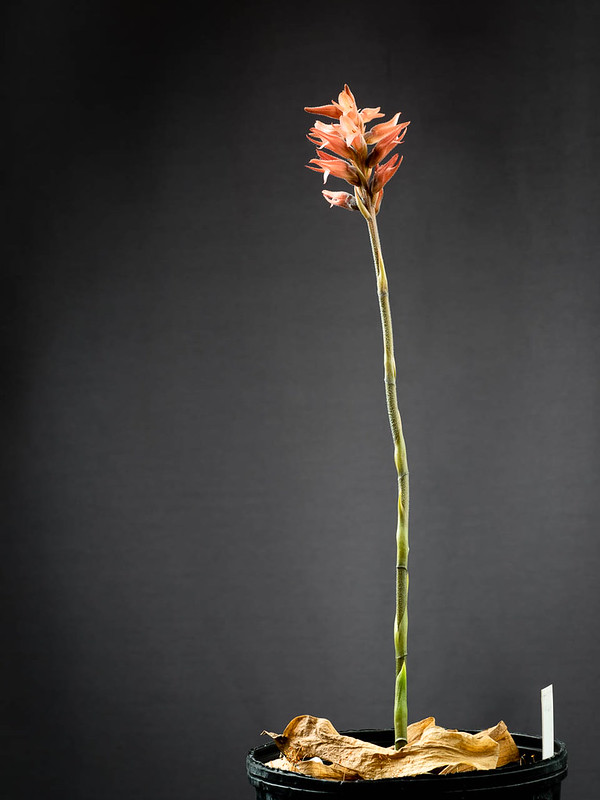 Let us know when the blog post is ready

Naoki, very interesting about their breeding system. Question, do you mean that plants of the variety lanceolata are asexually reproducing, or are you referring to the variety paludicola which is restricted to the Big Cypress Swamp in extreme SW Florida? I'm assuming your plant was derived from plants further north since Lee"s Botanical Gardens is located in Lee County (but not much further north).

Lovely plant regardless. How long have you been growing it? Do you bother cooling it in winter, or not?
N

Tom, this is the paper (unfortunately, only abstract, but if you are interested, let me know):
http://www.jstor.org/stable/2399262?seq=1#page_scan_tab_contents

I haven't read the paper fully, but S. l. lanceolata (from S. Florida) is asexually reproducing, and S. l. paludicola is sexually, self-fertilizing.

From field observation in S. FL, he didn't see any pollinator visitors in May. When he transplanted them to Ontario, where there are many humming birds, they were visited by pollinators. I do wonder why there was no humming bird in S. FL in May. Is it before their migration into FL or do they migrate north in the spring?

In the greenhouse, he did several crossing experiments.

S. l. paludicola can set seeds without hand pollination by themselves, but they don't set seeds if you remove the pollinia. So they are sexually reproducing and they can self-fertilize by themselves (autonomous selfers).

S. l. lanceolata from Guyana can't set seeds by itself, but it set seeds if you hand-pollinate (they were self-compatible).

S. l. lanceolata from S. FL (several populations) can set seeds 100% even if you remove the pollinia. So they are asexually reproducing, and pollen is not needed.

He did have a fair number of plants for S. FL (15 populations, 4 plant/pop from Sarasota to Immokalee). He had only a few from the other groups. But the data was super clean-cut. It seems that Lee County is within his study range. It is too late to emasculate (remove pollinia) of my plant, but I'll try to do it next year.

This is the first bloom. I think I got it exactly 1 year ago (around the time when the new leaves were appearing). I'm growing it in my cool-intermediate room, and in the winter it was going down to 50F. The other individual didn't flower, but I can see the green leaf bud, so I think it's not dead.

Lovely flowers. Has anyone determined what the pollinator might be
aside from hummingbirds? I find that unlikely because we have hummingbirds
coming in KY now and it seems a bit late for them this year. In the plant's
natural habitat, when is the normal bloom season?
N

Sent from my SM-G900T using Tapatalk

Your photographs are always spectacular!!

Cracking flower i use to grow a couple of these when in was at the RHS, apbringing back memories.

That is as fascinating as the flowers!
N

This year, Sacoila lanceolata forma albidaviridis also flowered. I was expecting that it would make seeds by itself last year, but it didn't. I wonder if mines aren't asexually reproducing. 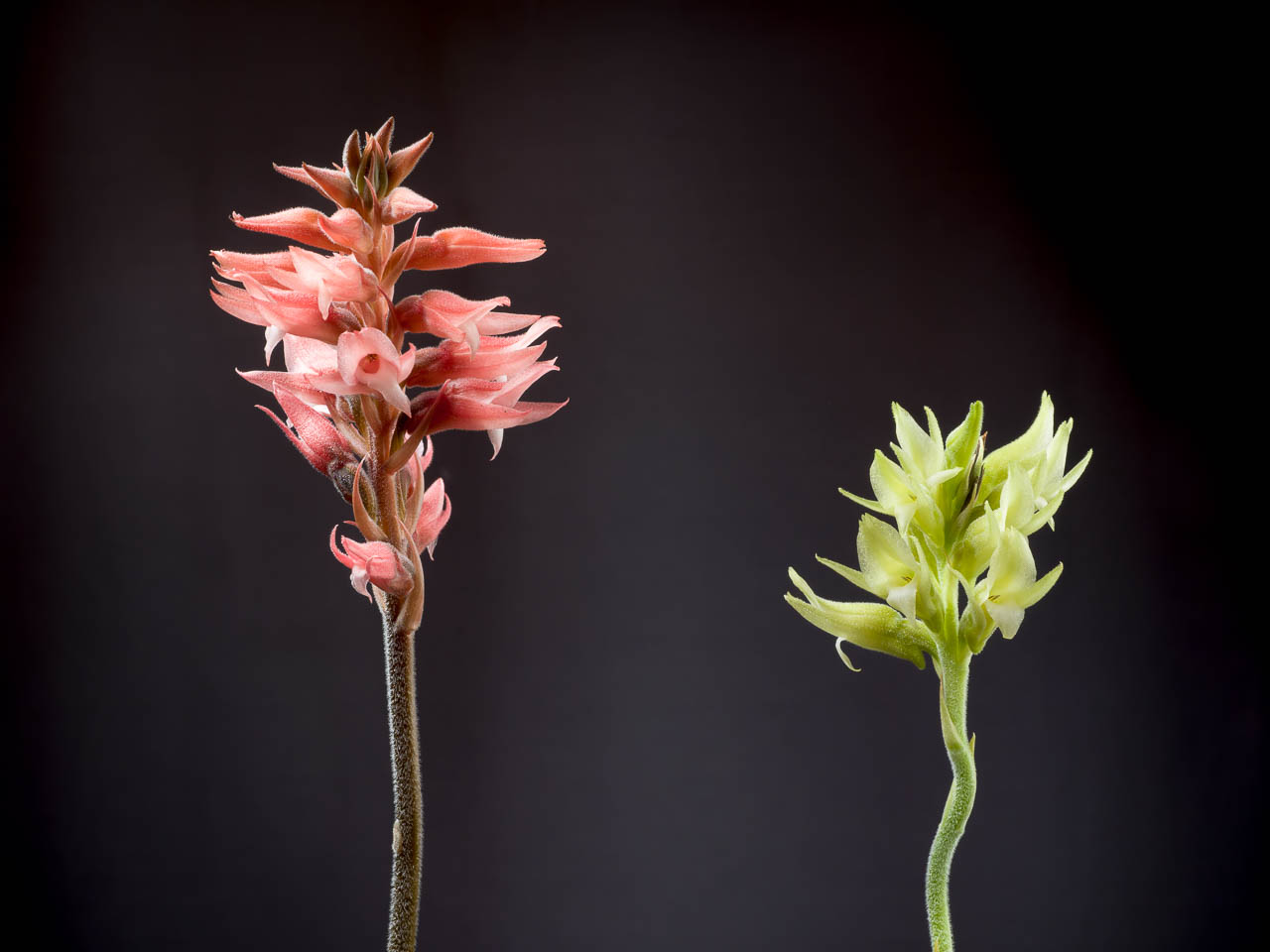 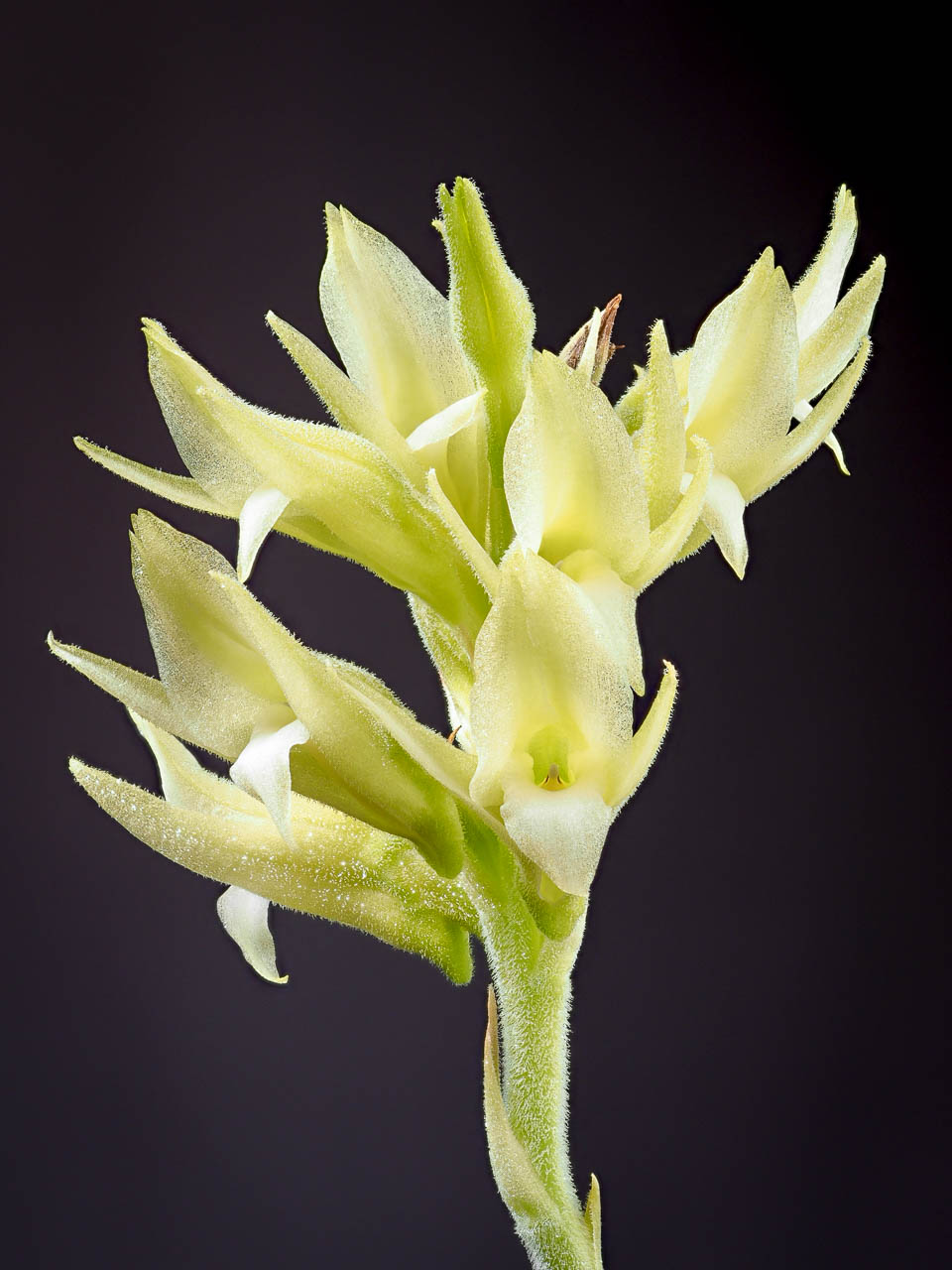 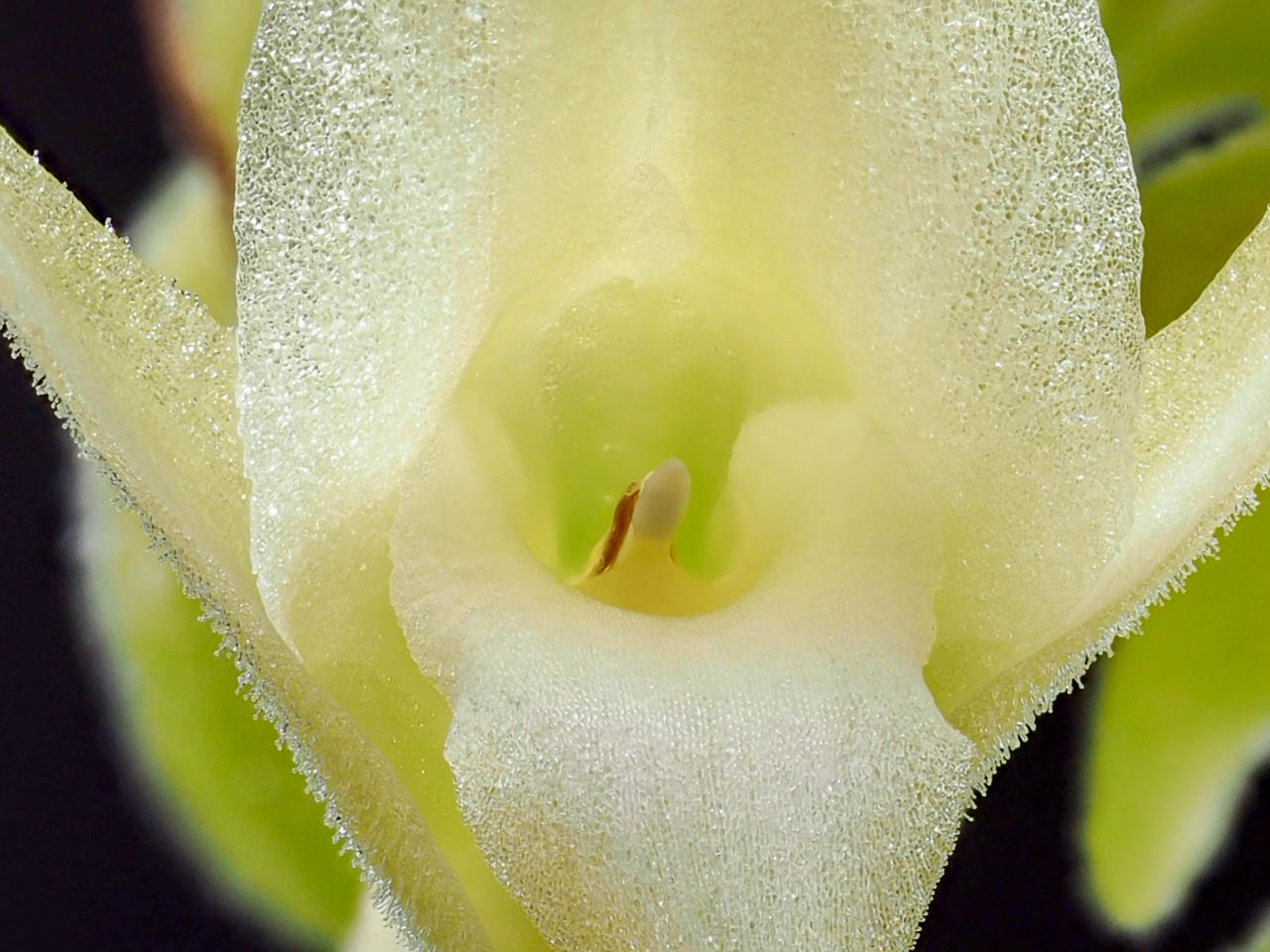 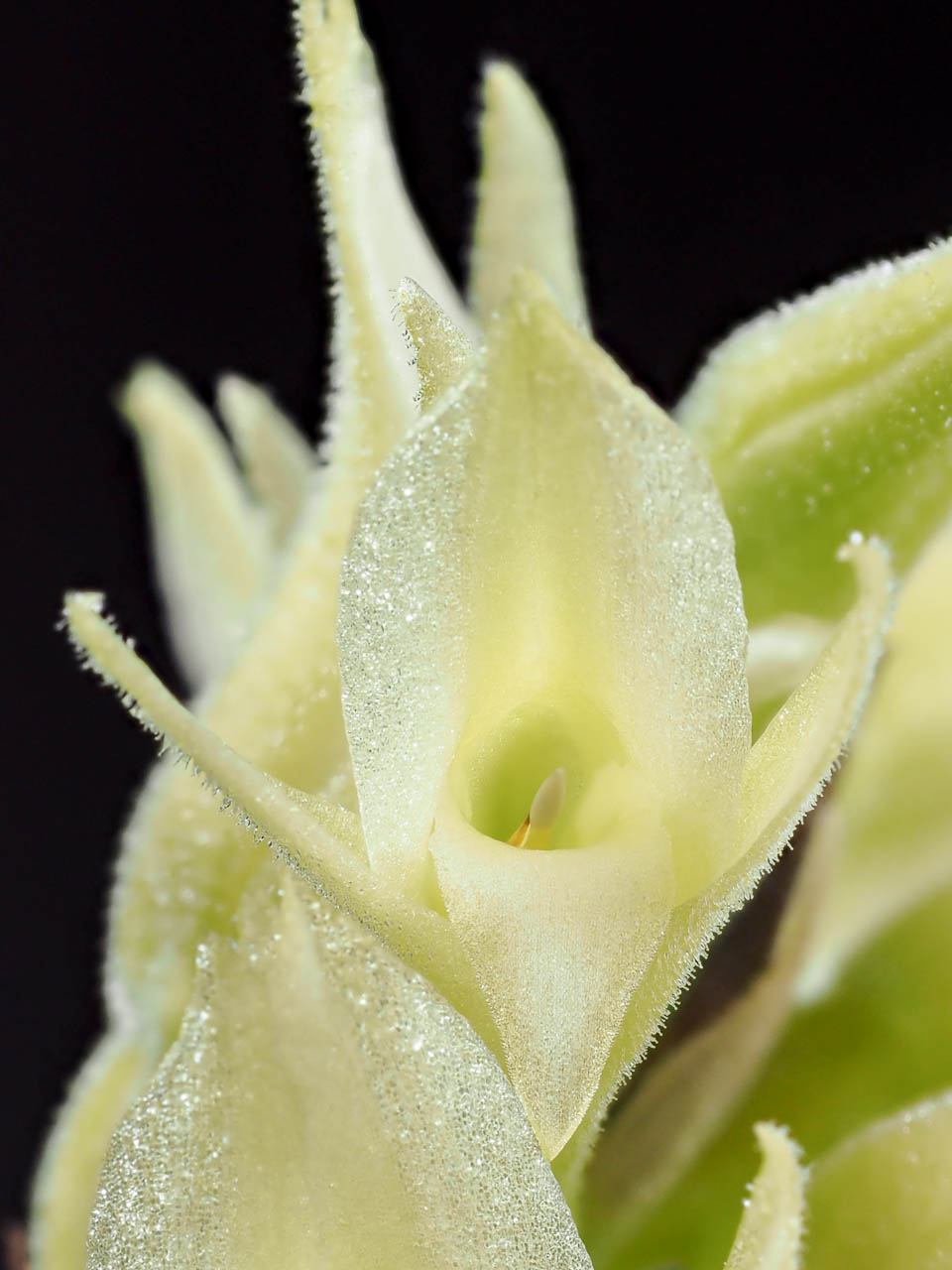 Dude! Your collection is amazing! I wont even talk about the photos. Thanks for sharing.