This September an orchid friend sent me some pterostylis tubers, some just starting to sprout. He'd sent some in previous years; first time some came up but didn't survive until the next season. He's grown them for many years and done lots of experimenting. So far in his Georgia greenhouse, standard basic peat perlite media has worked the most uniformly. He uses large pots and they fill up. I hadn't had any long term success, but not because of tuber quality, but various life issues, moving etc working out of town (or that darned urge to 'adjust' the media...) 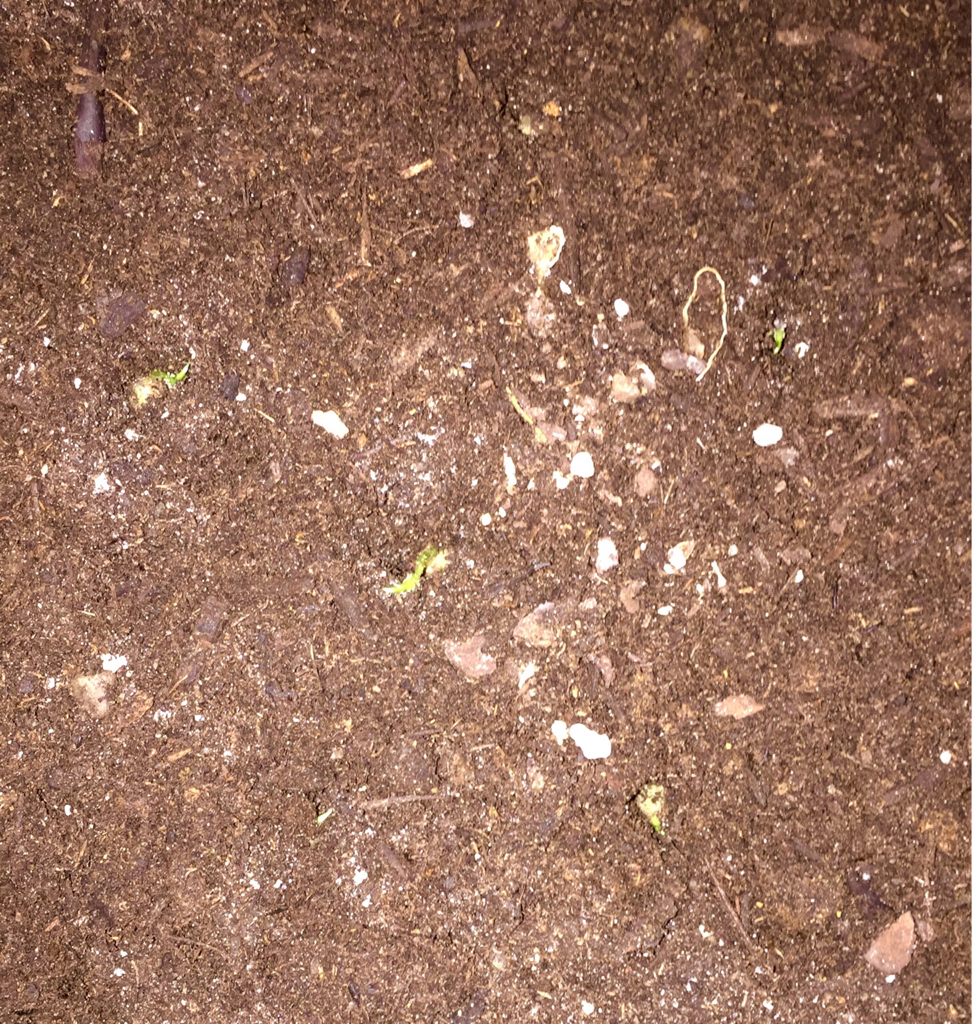 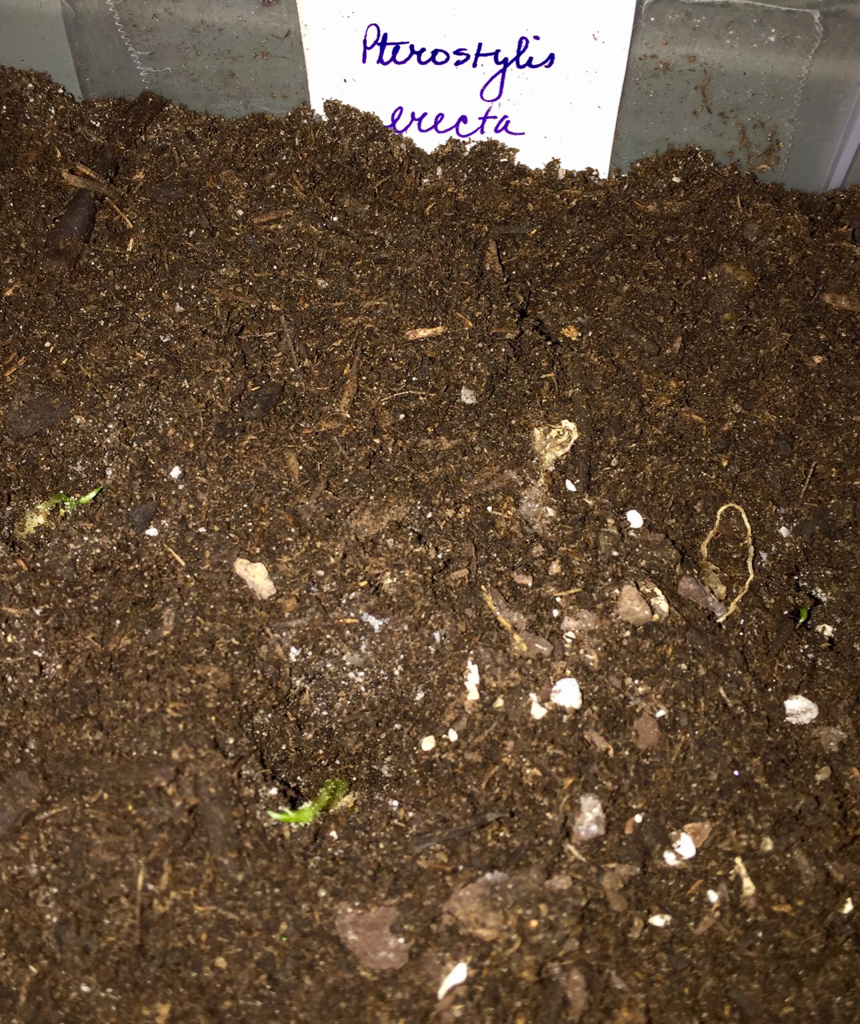 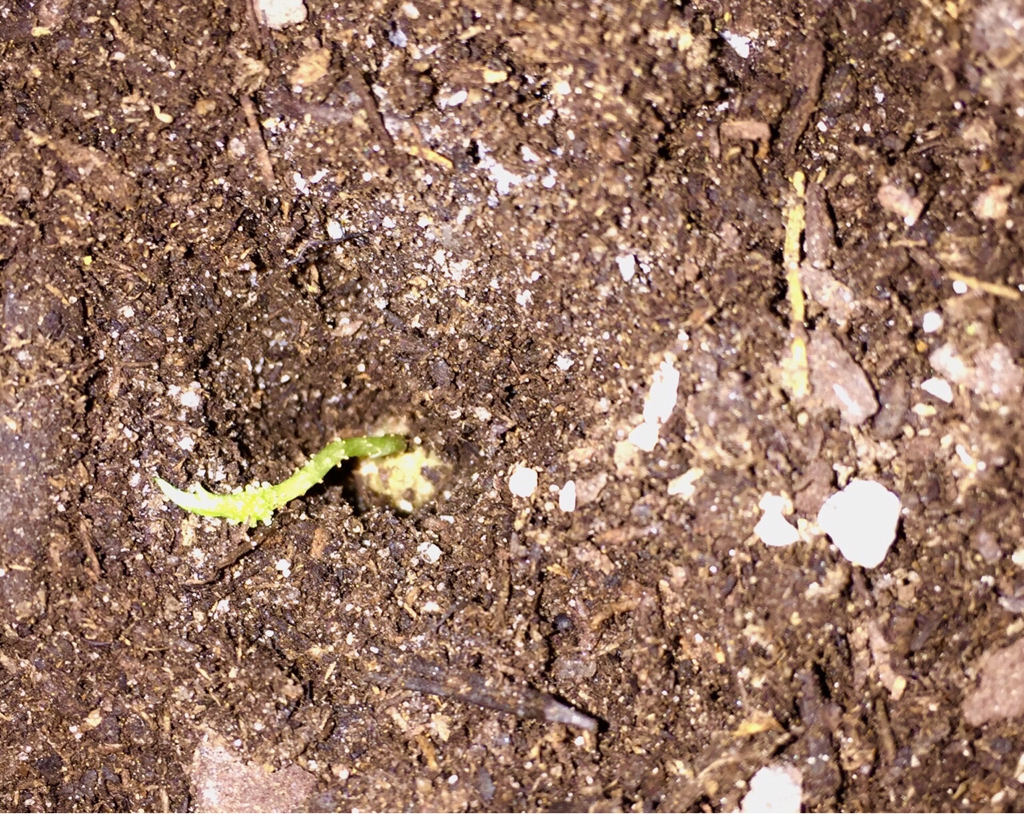 The species are pterostylis erecta, curta 'Mello Spirit' and ophioglossa

I made three groups in the planter, set them out in a pattern to see how they'd fit, then poked holes to plant the tubers in. After carefully covering the spots I added some more soil. Soil was a generic type that I added some sand to.

Most of the tubers had started to sprout a little and since it was a few weeks before I planted them some had 1/3" shoots. I had them in a south window where I kept open when it was cooler, and we were to have some really chilly or chill/rain I put them outside to help encourage growth. After one or two started to appear I put some topdressing over to help keep the leaf whorls from resting directly on the soil.

I've been away nearly a week so don't know exactly how they look now, maybe one just starting to make a tiny whorl

Sent from my iPhone using Tapatalk
A

I see tiny green there. Perhaps it's going to grow! When
you have the time, I love to see how your lemonade jar is
filling out.
N

Good luck. The tubers I got came up pretty quickly.

Never made them into a second year ... a pity, because the flowers are great.

Angela, here's a pic of the corybas jar taken same day in September

Five plants and some cranberries


Sent from my iPhone using Tapatalk
A

That jar fascinates me. I hope you have time to make a
more recent photo sometime soon. Interesting things going on in there.
N

Very cool, Charles. I hope they will do well. Please keep this thread updated periodically. I'm interested in this genus, and I want to grow them some day. So I'm curious to see how they grow.

Your Corybas looks good! Aren't you worried that cranberries might take over? I'm not sure if I mentioned this in ST, but Ooi doesn't have C. calopelos. I bought it again this spring, and it turned out to be C. geminigibbus again. However Ben said that they are originated from different populations. So I'm keeping their labels distinguished (to maintain the regional differences).

Thanks. David Mellard has articles in many orchid club newsletters and he really has it figured out for his conditions and area. I'll see tomorrow night when back from trip how they are coming up.

Yes, I think you'd mentioned that everything had continued to come up gemmingibbus. I'm thinking of draining out the reservoir and put the container into a cool dark closet for the winter like was suggested to me. If the cb's get too big then I'll just trim them or pull one out. I haven't put any fertilizer or mycos into the jar; I always got carried away doing the Aussie terrestrials when making up soil etc and want to keep it simple (and alive) . If I get some more I'll try some mycos or very weak fertilizer

Was away for two weeks, and this is how the new planting looked when I got back

After two weeks, it was around the edges and the surface. We're supposed to get cold rain tomorrow so may set out during day
N

I didn't place out in rain, was too early and chilly and I chickened out

Todays pic. The closest aren't as thrifty, temps may not be agreeable (not cool enough and too room temp)

Looks like they're doing fine to me. Better a bit
dry this time of year than wet.
N

Thank you for the update!

The Phals I have right now

Thank you for the help