My ‘violaceas’ are in bloom, flourishing in semi-hydro (in constant water) in the hottest part of my growing area. 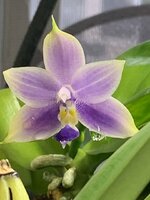 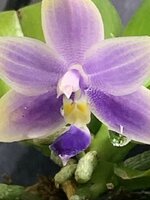 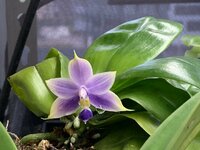 I suspect this one above might be a Samera coerulea (violacea x bellina) due to the dark inner part of lower sepals, although I have seen color patterns like this in supposedly wild population. 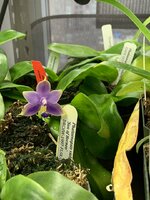 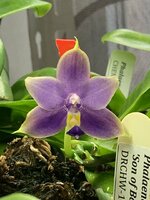 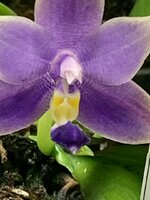 This flower also show dark inner sections of the lower sepals. I wonder if there was some mixing of the two ‘violaceas’ (of which bellina was considered as violacea before the 90’s when they were separated by E. Christenson), that the genes were mixed inadvertently through selection and line breeding of dark cultivars.
P

All are beautiful and the fragrance must be wonderful!
L

Pinebark said:
All are beautiful and the fragrance must be wonderful!
Click to expand...

Extremely beautiful and where did you get it???? I'm really NEED a
couple for my collection...please.

abax said:
Extremely beautiful and where did you get it???? I'm really NEED a
couple for my collection...please.
Click to expand...