You will make it, best of luck

I thought I would share an update on these little guys.
It has been nearly two years since I last posted.
I sold or gave away two compots and kept two to myself. They have been slow but steady in their growth.
One of the two compots I'm showing here is the same one as the one shared above. Two smallest seedlings with yellowing leaves eventually just dried up and died, which was expected. There are total of ten seedilngs of various sizes and two smallest ones are under the shade of larger seedlings. I think they won't make it unless I repot and separate them out soon.
I have not yet repotted them since they were so slow to progress. Some of these do have quite a nice bunch of roots inside the pot.
The leaves are finally taking shape and looking nice with silver variegation showing more clearly than when they were younger.

Still expecting to spend about two three more years before seeing first bloom out of these. The other compot has even larger seedlings. Well, a handful of them at least! 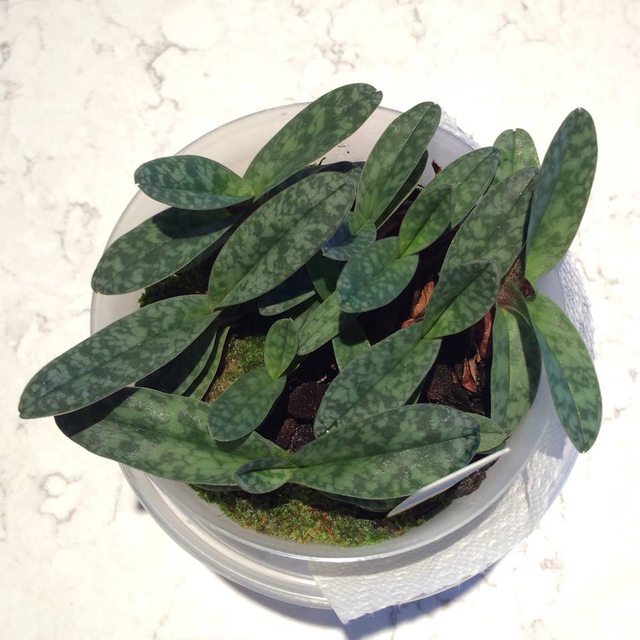 Looks to me like the larger seedlings need to be repotted soon or
untangling roots will be a nightmare. That will give the lil ones
more room and light and fresh medium in a new compot.

I'm getting so many seedlings now, so I think I might sell some off sooner or later. Stay tuned!

Untangling roots have never been an issue with paphiopedilum seedlings.
It's more for things like oncidiums and dendrobiums and such that grow massive amount of roots.

A lot of my little plants do need repotting. Thinking about it gives me a heachache, though. lol


abax said:
Looks to me like the larger seedlings need to be repotted soon or
untangling roots will be a nightmare. That will give the lil ones
more room and light and fresh medium in a new compot.
Click to expand...