C. Nancy Off is the flagship heirloom white from George Off & Sons/Waldor Orchids, and it was used for their cut flower production back in the day. The cross was registered in 1956 and the parents are C. Bebe White x C. Joyce Hannington. There are many fine clones from this grex, including two awarded varietals 'Elizabeth' AM/AOS awarded 81 points in 1979, and the famous 'Linwood' AM/AOS awarded 89 points in 2009. This is an original division from an unnamed and unawarded variety just given a number '1290'. According to Dave Off it can produce flowers that are as large or larger than 'Linwood', but without the fullness or fine form of Linwood. I absolutely love this plant, it is incredibly vigorous and floriferous in my conditions. I received it last year as a 3 bulb division, and it put out 2 front leads this summer, I generally have difficulty getting multiple growth points on my windowsill, but this one has had no difficulty. Both leads are in bud, but one is already in bloom with 2 large flowers. The flowers present beautifully on a tall, straight inflorescence even without staking! I actually love the free/wild form of the flower, there is an exuberance to it. It is also probably the most fragrant flower in my collection - to the point it's so intense it's almost too much. Almost. 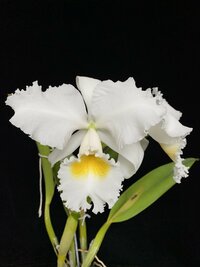 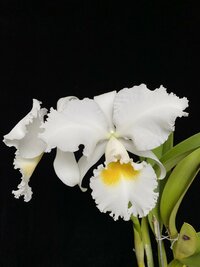 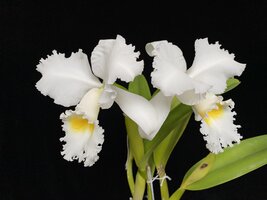 Here are the 3 heirloom whites currently in bloom on my south-facing windowsill from left to right: the mangled C. Earl 'Imperialis' FCC/AOS, C. Bow Bells 'Purity' FCC/AOS, C. Nancy Off '1290'. 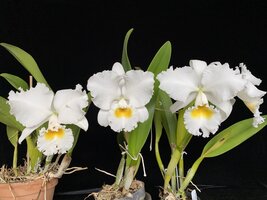 Do you think the configuration of Bow Bells 'Purity' will always be somewhat better, but the other two will usually be larger?

terryros said:
Do you think the configuration of Bow Bells 'Purity' will always be somewhat better, but the other two will usually be larger?
Click to expand...

Hard to say - below I combined photos of the Earl blooming from November with the current Purity blooming. I think the Earl is capable of producing flowers with configuration pretty much comparable to Purity on a good blooming. It's not a fair comparison at the moment, because the Earl is a much more established plant - I received it potted a few years ago and it has 12 mature bulbs currently. The Purity was a 4 bulb bareroot division last year (1 of which was leafless) and it produced 2 new growths this year, but they are still smaller than the pre-division bulbs. I think on a larger plant the flowers on Purity could pick up some size, and hopefully increased numbers per sheath. Fingers crossed for the future! 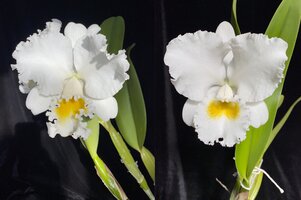 you have a great collection.

We'll see, its rule may be short. I think there's going to be some competition in a few days..... 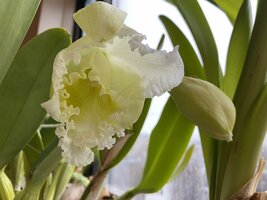